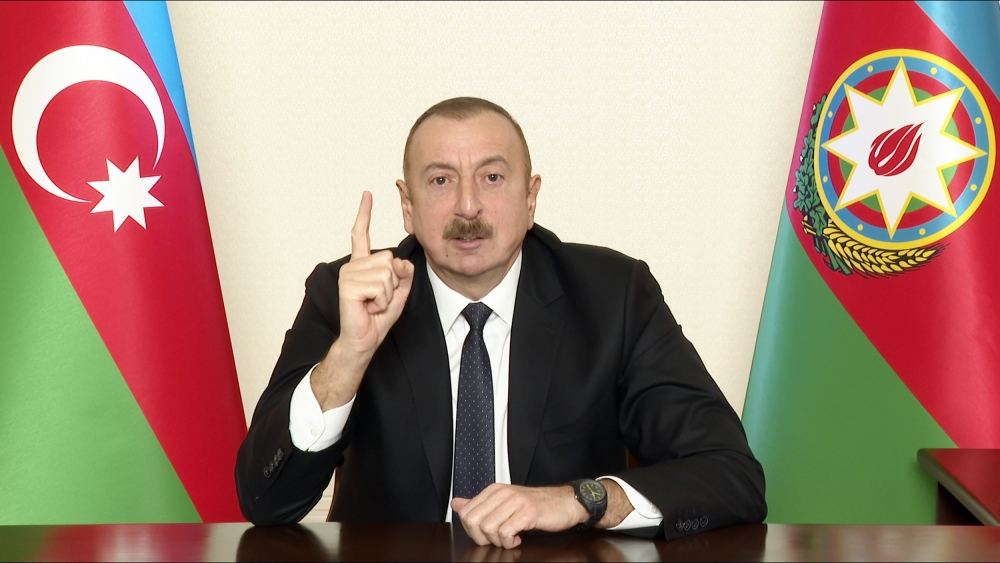 Azerbaijani President and Commander-in-Chief Ilham Aliyev has proudly revealed that the Lachin Corridor has been cleared of Armenian occupying forces in his address to the nation, according to ‘Azerbaijan in Focus’, reporting Trend News.

He stated: “The strategic importance of the Lachin district lies in the fact that the Lachin Corridor runs through the district and through the city of Lachin. As you know, this corridor has now been transferred to the control of Russian peacekeeping forces. For many years, this was under the aegis of the occupying Armenian armed forces.

“I can say that the initial version of the ceasefire statement signed on 9 November contained a provision on keeping this corridor under the control of the Armenian armed forces. I opposed this and, as a result, control over this corridor was transferred to Russian peacekeepers. I believe this is a great achievement. The Lachin Corridor has now been cleared of the Armenian occupying forces. I must relate that a lot of work has been undertaken since the initial version of the statement, especially following the liberation of the city of Shusha from occupation.

“The initial version of the statement suggested that the width of the Lachin Corridor should be 30km. I was categorically against this, and said that these claims of the Armenian side were absolutely unfounded. There is no necessity for such a wide corridor to ensure security measures. Therefore, I considered this proposal as being absolutely unacceptable and expressed my opinion. The second version envisaged the Lachin corridor as being 10km wide. I didn’t agree to that either and, consequently, and agreement was finalised on a 5km-wide corridor. This 5km corridor is wide enough for us, for the Armenians living in Nagorno-Karabakh, and to ensure security.”