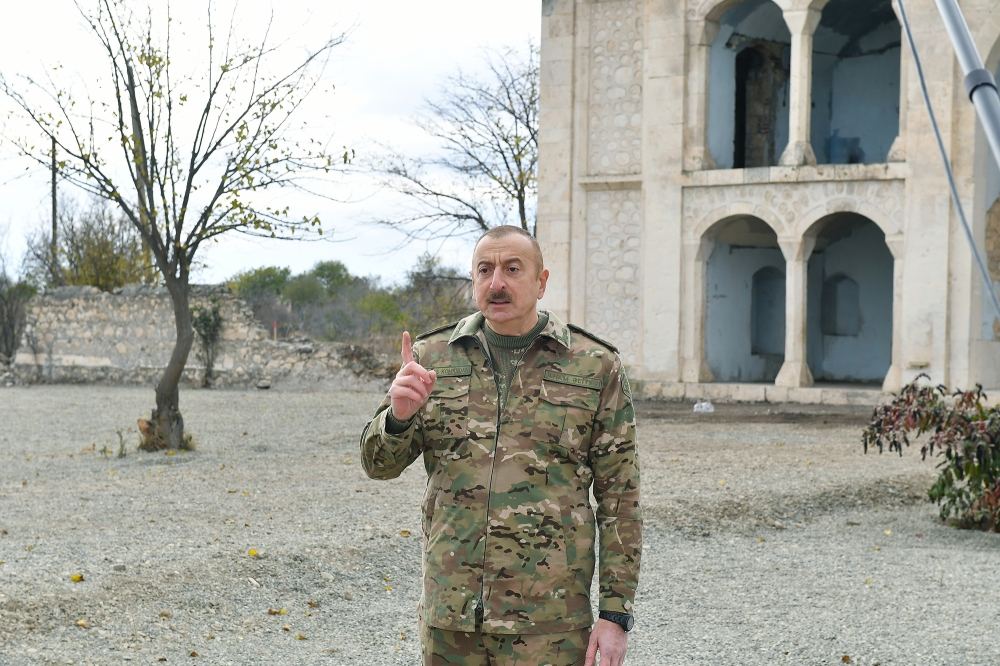 Azerbaijani President Ilham Aliyev has condemned the internal political oppression in Armenia under Prime Minister Nikol Pashinyan, according to ‘Azerbaijan in Focus’, reporting Trend News. The statement was made during the historic visit of President Aliyev and First Vice-President Mehriban Aliyeva to Aghdam Mosque, following the liberation of the region from Armenian occupation after 27 years.

President Aliyev commented: “I am telling you. Pashinyan is nobody. His only concern now is to stay in power. Therefore, he is imprisoning the internal political opposition. The West remains silent about this, it is silent, and has water in its mouth. Can’t they see what is going on? War criminals and Khojaly executioners, we have destroyed you. Azerbaijani soldiers have destroyed you. It serves you right!”

He continued his resounding condemnation: “Who is Pashinyan? I do not want to talk about him now. I have already said what is necessary. Kocharyan and Sargsyan, you have knelt before us, and have brought this place and all the occupied lands to this situation. You have destroyed this mosque. They fled and hid during the Second Karabakh War. They could not even stick their noses into the battle zone. So where is your heroism? I said to them – take off your scrap metal medals; they have no value. You are wearing orders of heroes on your chest, but they are false.

“I am standing here, in front of the mosque you have destroyed, in the city of Aghdam that you destroyed and I came here with my army. I came here as a winner, while you will live the rest of your pathetic life with a mark of defeat and cowardice.”