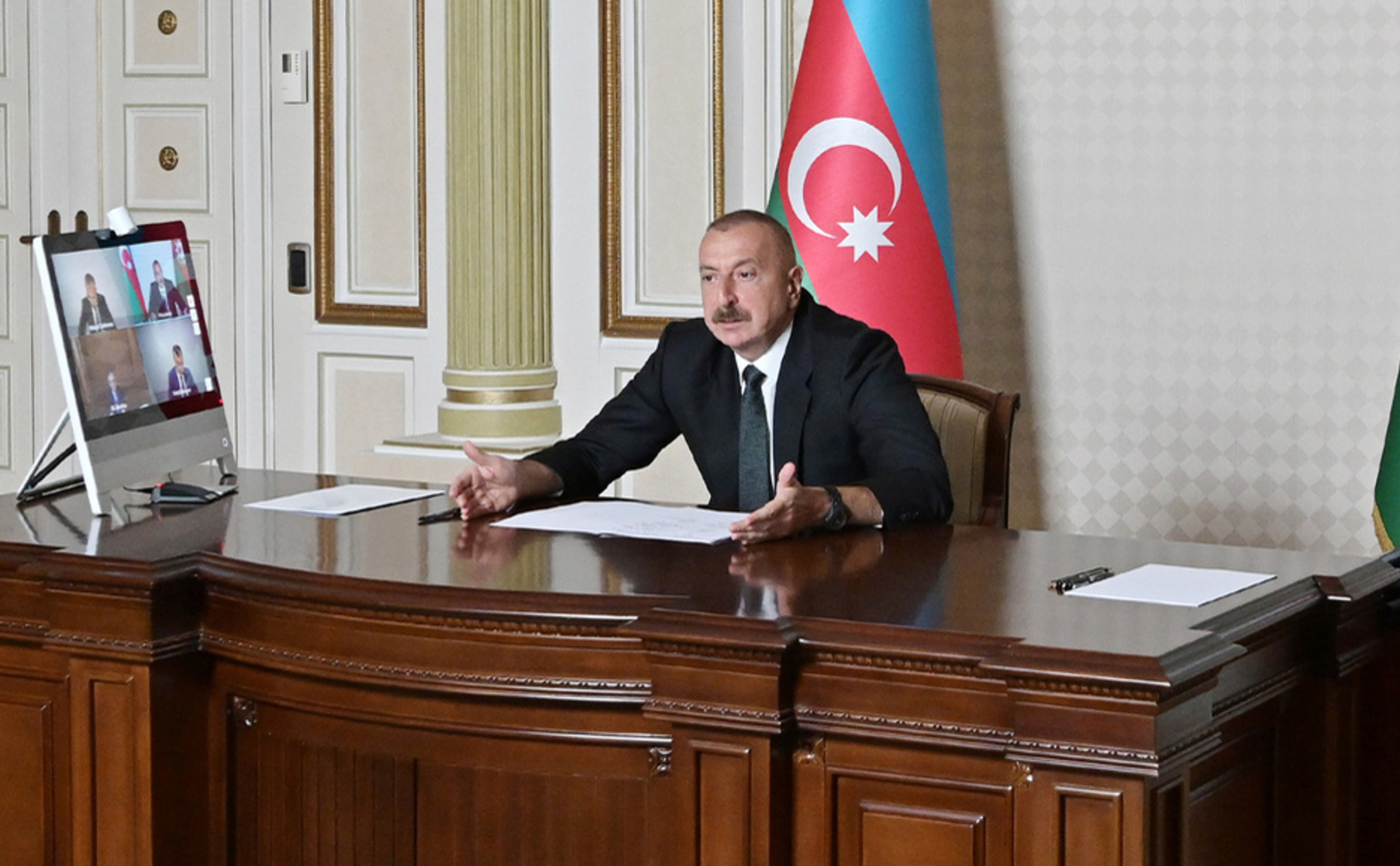 President Aliyev: There Is Not a Word About the Armenian People in the Kurekchay Treaty

“I am absolutely right when I say that we are restoring historical justice. I was able to prove this to the whole world during the Munich Security Conference and the subsequent live discussion that this is our historical land. ”

This statement came from Azerbaijani President Ilham Aliyev in his address to the nation, reports Azerbaijan in Focus:

“The Kurekchay Treaty was signed between Ibrahim Khalil khan, the khan of Karabakh and Shusha and a general of Tsarist Russia. The text of this treaty is available on the internet and anyone can see it. I am sure that, after my words, a large international audience watching the current situation on the battlefield with interest will go to these sites and see that there is not a word about the Armenian people in the Kurekchay Treaty.

“The goal was clear – to change the religious composition in the new lands of the Russian Tsarist Empire, to expel Muslims from their ancestral lands, and to create a new reality. That was the goal and that goal, unfortunately, was achieved,” said the President.