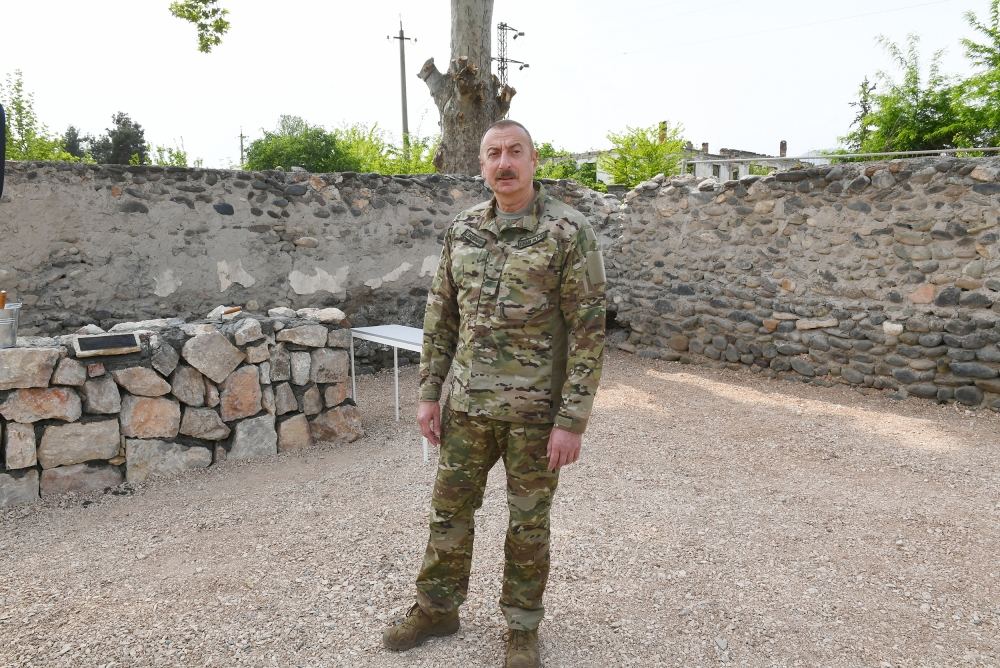 President Aliyev: Those who support Armenians today should come and see what they done to our mosques

Those who support the Armenians today should come and see what they have done to our mosques, President Ilham Aliyev said during the meeting with servicemen of the State Border Service after viewing conditions created at the military unit in Jabrayil, according to Azerbaijan in Focus, reporting Trend News.

“The Zangilan mosque will be restored. This mosque was destroyed by the contemptible enemy. When I visited Zangilan after the war, I came here, got acquainted with the situation and said that everyone should see it. All international organizations should see this.
They should see Armenian savagery. I want to say again that those who support the Armenians today should come and see what they have done to our mosques, not only this mosque. In all the liberated lands, our historical, cultural and religious heritage has been destroyed, desecrated and demolished by the Armenians,” Azerbaijani president said.

“Some half-destroyed mosques in Zangilan district were used as pigsties, they kept pigs there. There are videos of that. Pigs were kept in the Aghdam mosque, which is a crime against the entire Muslim world, a crime against Islam. All Muslim countries should see this, and we are bringing this truth to the attention of the leaders of all Muslim countries. Foreign visitors to the liberated lands are seeing Armenian savagery with their own eyes. The Secretary General of the Organization of Islamic Cooperation who recently visited Azerbaijan raised his voice in protest. The ICESCO Secretary General visited the liberated lands, saw the destroyed Aghdam mosque and is already informing all Muslim countries about Armenian atrocities. We must also be active in this work. All government agencies have been instructed. Public organizations have been asked to provide information on Armenian atrocities to all international organizations – with facts, evidence and pictures,” the head of state said.