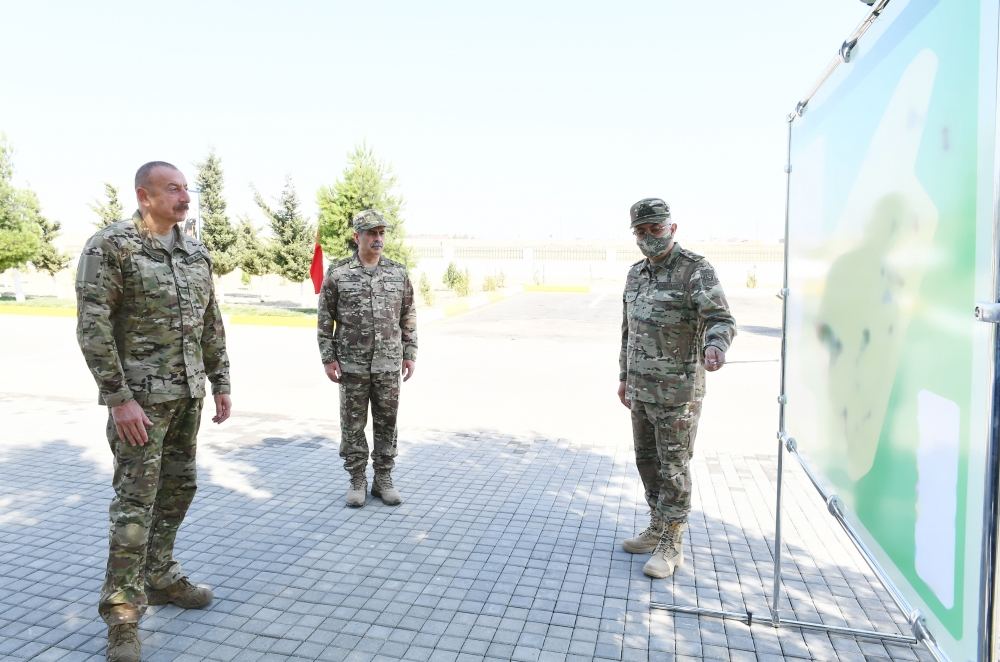 President of the Republic of Azerbaijan, Victorious Commander-in-Chief of the Armed Forces Ilham Aliyev has viewed conditions created at a newly commissioned military camp of the military unit of the Air Force of the Ministry of Defense, as well as in apartments for the families of Air Force servicemen, according to Azerbaijan in Focus, reporting Trend News.