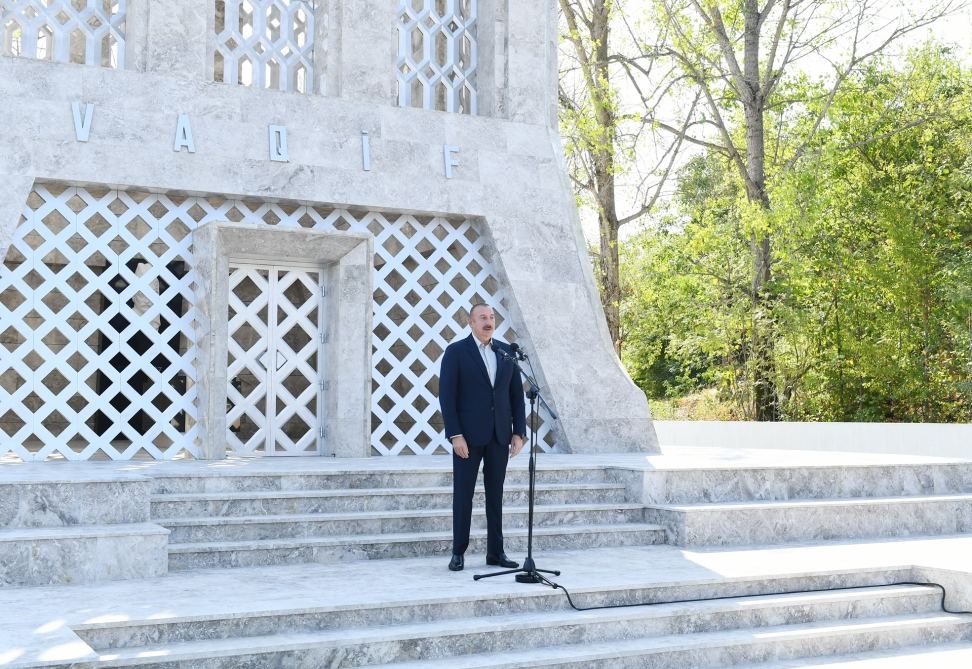 President Aliyev: We are in Shusha today, and from now on we will live here

Azerbaijanis are in Shusha today, and from now on we will live here, President of the Republic of Azerbaijan Ilham Aliyev said addressing the official opening ceremony of the Vagif Poetry Days in Shusha, according to Azerbaijan in Focus, reporting Trend News.

“During the occupation, many of us – both former IDPs and the rest of the Azerbaijani people, including myself – repeatedly thought that there is no justice in the world. Because if there was justice, we would not be in this situation. I was of the same opinion. But life has shown that there is justice, you just have to be patient, you have to believe in justice and you have to work to achieve justice, you have to move towards the goal. Self-sacrifice is needed to restore justice,” he said.

“Today we can all say openly and deep inside that that there is justice, justice has been restored, we are in Shusha today,” he noted.

“While giving the good news of Shusha to the people of Azerbaijan on 8 November, I said that Shusha is already free, this is the truth. We are gathered in a liberated Shusha,” said the president.

President Aliyev went on to add that following the liberation of Shusha, festivals, days of poetry, culture and many other events are already being held and will continue to be held.

“I said that we would revive Shusha, and this is already happening,” he said.