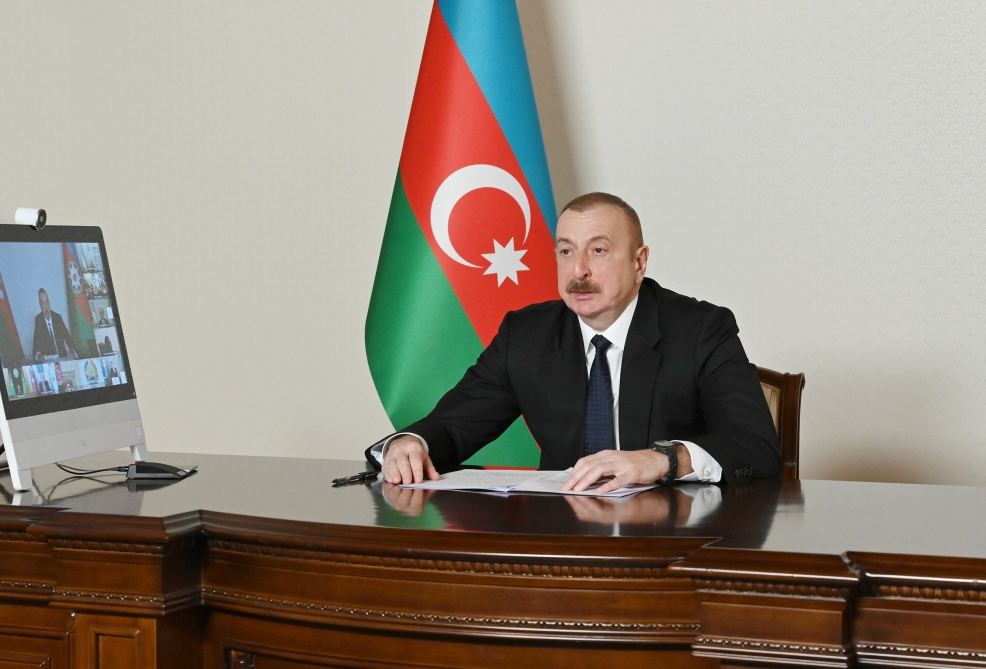 “We condemn unequal and unfair distribution of vaccines among developing and developed countries,” President of the Republic of Azerbaijan Ilham Aliyev said making a speech at the 14th Summit of the Economic Cooperation Organization (ECO) held in a video format, according to Azerbaijan in Focus, reporting Trend News.

“Azerbaijan launched vaccination campaign on 18 January. We are among the first in the region to start vaccination,” Azerbaijani president said.

“We condemn unequal and unfair distribution of vaccines among developing and developed countries. Some countries purchase several times more vaccines vis-à-vis their actual needs. It is clear that in such circumstances, some countries will face vaccine shortage,” said President Aliyev.

“Azerbaijan is planning to initiate a draft resolution on behalf of the NAM at the UN Human Rights Council on this matter and I invite ECO member states to support this initiative,” the head of state said.