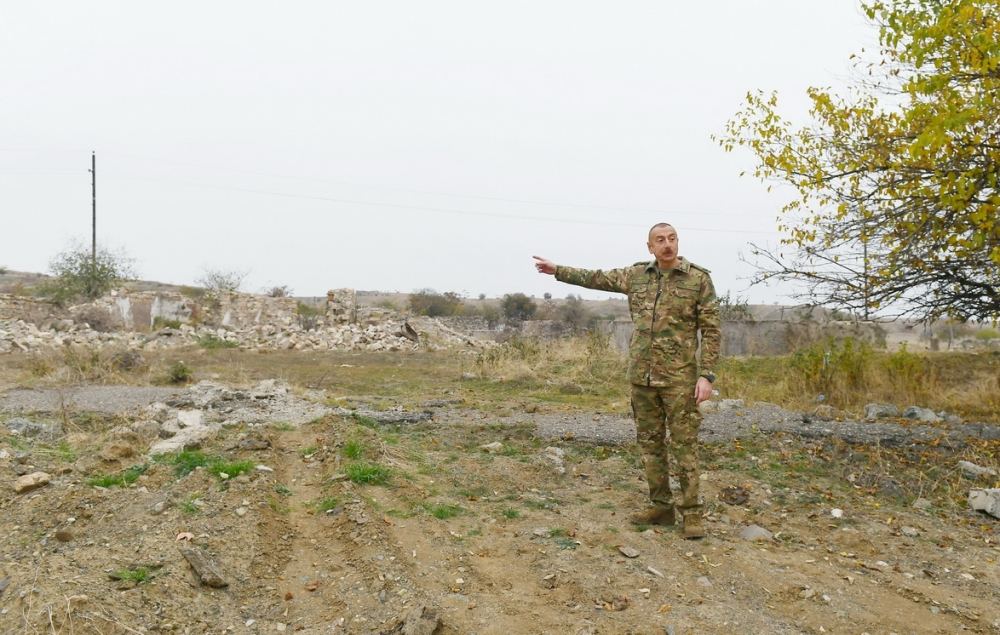 President Aliyev: We Have Destroyed the Armenian Myth – They Will Live With This Humiliation

During their historic visit to the liberated Fuzuli and Jabrayil districts, including the Fuzuli and Jabrayil cities, by Azerbaijani President Ilham Aliyev and First Vice-President Mehriban Aliyeva, the Head of State issued the following rallying cry, according to ‘Azerbaijan in Focus’, quoting Trend News. He said: “We have destroyed the Armenian myth, we have destroyed the Armenian fabrications, we have put them in their place, we put them on their knees and they will live with this mark; they will live with this mark of humiliation.”

“During these 44 days, there was constant pressure, threats, orders, messages and signals from different sources and places. I said that no-one could stand in front of us and we would go to the end. The hated enemy had to accept our conditions, provide an exact departure date, and were forced to do so in the end. This is why the people of Azerbaijan and Azerbaijanis across the world are celebrating our great victory with great pride these days. This victory befits our people, befits our brave sons, befits our state, and this victory has shown our strength.”