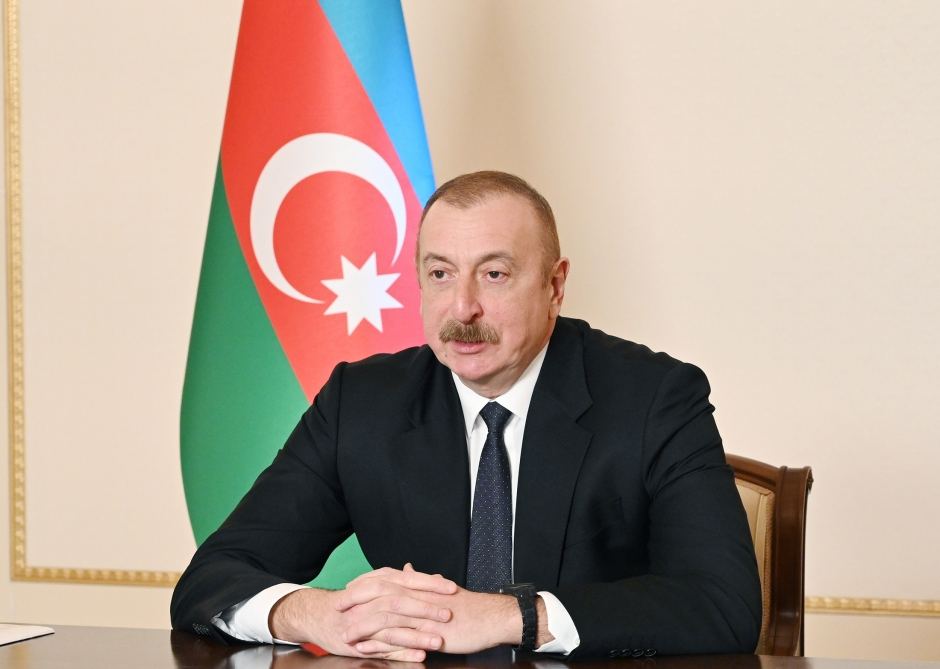 President Aliyev: We Plan To Complete Almost 100% Energy Supply to the Entire Karabakh Area By End of This Year

“We plan to complete almost 100 percent the energy supply to the entire Karabakh area by the end of this year,” said President of the Republic of Azerbaijan Ilham Aliyev while receiving in a video format the new President of the European Bank for Reconstruction and Development (EBRD) Odile Renaud-Basso and other members of the Bank’s senior management, according to Azerbaijan in Focus, reporting Trend News.

“Despite the fact that only 4 months have passed since the declaration was signed which actually was the end of the conflict and the end of war, we have already started. We are now building the international airport, we are building highways, building railroads, already started. We plan to complete almost 100 percent the energy supply to the entire Karabakh area by the end if this year,” the head of state said.

“We have many other plans and, of course, we count on a cooperation with EBRD on these issues. I already have declared the liberated territories as a green energy zone. We plan to use mostly renewable energy sources, sources of water, sun and wind. We already have good experience in working with big international energy companies, by the way, EBRD is part of the financing to these investment projects. We hope that the same pattern will be applied to the liberated territories because there is a big potential in renewable energy sources,” the head of state said.