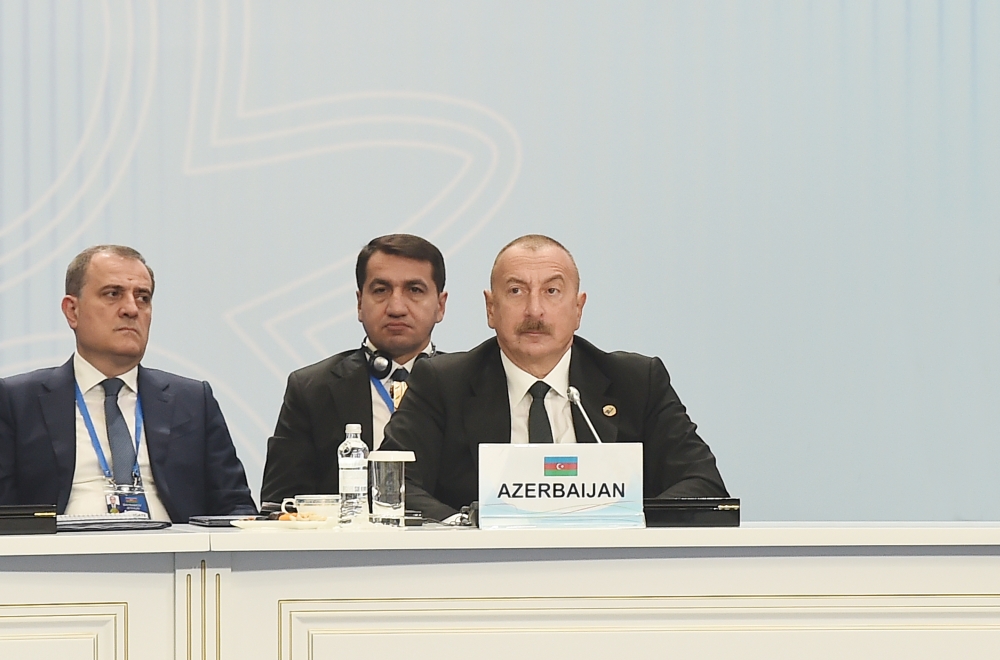 “Armenia committed systematic war crimes against Azerbaijani civilians and military personnel,” said Azerbaijani President Ilham Aliyev as he addressed the 6th Summit of the Conference on Interaction and Confidence Building Measures in Asia held in Astana, according to Azerbaijan in Focus, reporting AzerTac.

“Around 3900 Azerbaijani citizens still remain missing since the First Karabakh War. Most of them have been tortured, killed and buried in mass graves. This year, we discovered mass graves in two liberated villages,” the Azerbaijani President mentioned.

“Armenia has to provide Azerbaijan with information about the fate of missing persons and exact locations of mass graves. We demand this information for almost 2 years, but Armenian Government refuses to share it with Azerbaijan thus associating itself with criminal leaders of previous Armenian regimes,” President Ilham Aliyev emphasized.