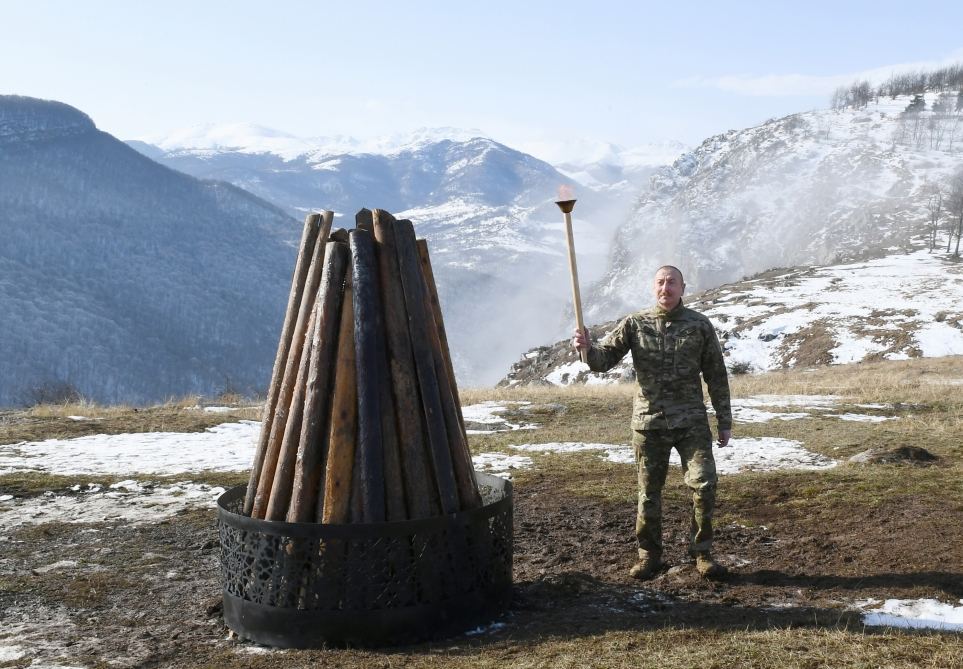 According to Azerbaijan in Focus, reporting Trend News, President of the Republic of Azerbaijan Ilham Aliyev, First Lady Mehriban Aliyeva and their daughter Leyla Aliyeva have lit the holiday bonfire on Jidir Duzu, Shusha.

The head of state then made an address to the nation:

-Dear sisters and brothers, I heartily congratulate all of you on the occasion of Novruz holiday and wish all the people of Azerbaijan good health and happiness!

On 8 November, when announcing the great news of the liberation of Shusha to the people of Azerbaijan, I said, “Shusha, you are free!” Today, we are celebrating our national holiday Novruz in free Shusha. Shusha was held in captivity for 28 years. For 28 years, it was ruined and destroyed by the contemptible enemy. The historical appearance of Shusha was destroyed. The enemy wanted to Armenianize Shusha. They wanted to erase the heritage of the Azerbaijani people in Shusha. But they did not succeed in doing that. Shusha may have been destroyed, our historical sites in Shusha may have been destroyed by the loathsome enemy. However, Shusha did not bend. Shusha did not break. It preserved its dignity, protected the national spirit of Azerbaijan, and today, while in Shusha, we are witnessing this once again.

Shusha was able to protect the spirit of the Azerbaijani people and was waiting for us. We had to come and we did. But we had to gather strength to come here. We had to get ready to come here. Preparations had to be and were made in all directions. We had to ensure the development of our country. We had to ensure the unity of our people. This was not an easy task for a country and nation that has emerged from civil war. The processes taking place in the country after the civil war united our people around a common idea, a common cause – the liberation of our lands. We managed to secure this national unity and national solidarity. If it were not for this, the victory would not have happened.

We had to communicate the truth about the Karabakh conflict to the world community at the international level, and we managed to do so. We have been active in international organizations and managed to have important decisions adopted that reflect our interests, reflect the truth, reflect international law and are based on it. This was the legal basis of our victory, the legal basis for the restoration of justice. We had to gather economic strength and we did. Perhaps no other country in the world has developed as fast as Azerbaijan has in recent years. We had to gather military strength, and this direction was a priority. It is no coincidence that during my presidency, military spending has always been at the forefront. I was saying that we had to continue to increase our military spending. We must prepare for war, we did. I told the whole world openly that if the enemy did not leave our lands of its own free will, we would expel them. And this is exactly what happened.

We have created a strong army. We have created a professional army. We have created a heroic army. Our servicemen deserve the highest praise. We had martyrs during the war. May God have mercy on all our martyrs. May God grant patience to their relatives. We liberated Shusha by shedding blood. There were fierce battles for Shusha. The remains of the invaders were scattered along the Lachin corridor. Hundreds, perhaps even thousands of invaders were killed in the battles for Shusha. Our servicemen came to Shusha with light weapons, climbing steep rocks, crossing ravines and hills, Khojavand forests and paths. We fought with light weapons, pistols and bayonets. Cannons and tanks were used against us here. But the enemy saw our strength, saw our will, saw our national spirit, and was defeated. The liberation of Shusha is a special event in the Patriotic War. Shusha was our goal and we were moving towards it. The presence of the Azerbaijani Army in all the liberated lands before Shusha also conditioned the liberation of Shusha. Jabrayil district, Sugovushan, Hadrut, most of Khojavand district, Zangilan, Fuzuli, Gubadli districts, the southern part of Lachin district, Kalbajar mountains, Murov mountain and then Shusha. During the war, more than 300 villages and towns were liberated. The enemy was brought to its knees, surrendered and signed an act of capitulation on 10 November.
I said in the first days of the war that the enemy should give us a timetable, that the leader of the enemy should give us a timetable of when they would get out of our lands, and we would have stopped the war. I kept my word again – as soon as we were given a date, as soon as the act of capitulation was signed, the war stopped and we returned to Aghdam, Kalbajar and Lachin districts without firing a single shot or any casualties. Thus, we have restored our territorial integrity. I repeat – we had to prepare. Shusha was waiting for us. But we had to solve this problem once and for all.
In recent years, I have repeatedly said in speeches and interviews that we do not need an incomplete solution. The people of Azerbaijan probably understand very well what this means. I said that everything should be done in its time. I know what, when and how to do. For me, there has never been a more important task than the liberation of lands. I have dedicated my entire presidency to this. This goal, this objective was behind every decision – whether this step will bring us closer to victory or not. I said that each of us must bring victory closer every day. My speeches are available. They are part of the history. Every day, each one of us must bring victory closer. We were bringing it closer, preparing, and then we came, defeated and crushed the enemy. We are standing here now. As the Commander-in-Chief of the Victorious Army, I am standing on the land of ancient Azerbaijan and no-one can take us out of here.

Shusha is our ancient city. No matter how hard the Armenian propaganda, fake scientists, fraudulent politicians and international circles may try, it is all in vain. There is history. Panahali Khan laid the foundation of Shusha, built Shusha. We freed Shusha from captivity and returned it to our people, to our state. Shusha is an ancient Azerbaijani city, and this has always been the case. Hard as the hated enemy tried in the last 28 years, it failed to change the Azerbaijani spirit and appearance of Shusha. True, houses have been knocked down, historical sites have been demolished, mosques have been demolished, several ugly buildings have been built. As a matter of fact, there was no construction here. There were about 2,000 Armenians living in the Khrushchev-era apartment blocks left over from the Soviet era, and most of whom were servicemen and their families. If it was an Armenian city, why didn’t Armenians come and live here? Because Armenians have no history here. If it is an Armenian city, why did they bring it to such a deplorable state? Why did they plunder Shusha? Why didn’t they restore it in 28 years? Where are their benefactors? They were saying that philanthropists did this and that, that they gave money here and there. They organized marathons every year, raising tens of millions of dollars. It is now clear that the money disappeared in the pockets of the former leadership. I have visited the liberated lands many times, but the abject poverty I see here is probably nonexistent elsewhere in the world. But what did they do after all? It was all a lie, a lie, just as they falsified history and reality. Their networks operate in various capitals around the world, transmitting false information. Then there is a discussion around this false information and they write what is completely wide of the mark.

We will restore Shusha. We will definitely restore it. Restoration work has already begun. Today, while in Shusha, I am getting acquainted with the implementation of the tasks I have already given. We will restore not only Shusha, but also all the liberated lands. Construction work has begun and infrastructure projects have been launched. Damage is being calculated. Master plans of cities are being prepared. First of all, the master plan of Aghdam city and Agdam district as a whole is being prepared, and a draft of it has been submitted to me. In line with my instructions, work on it is currently underway and the master plan will be approved in the near future. After that, restoration work will begin on all liberated lands. Armenians have destroyed our lands for 30 years. But we will restore these lands, because we are the owners of these lands – the people of Azerbaijan.

While in Shusha, one realizes the greatness of the Azerbaijani people. We did not come to terms with the defeat in the first Karabakh war. We did not even give the punishment the hated leaders of the PFPA-Musavat duo deserved for that betrayal and treachery. They do deserve any punishment. We never reconciled with this situation, and I have repeatedly said that the Azerbaijani people would never reconcile with this situation. Focused policies were pursued in the political, economic, military and spiritual spheres, in the direction of educating the young generation. And this young generation grew up and sacrificed their lives for the land. A young generation grew up and took our lands from the enemy at the cost of their lives.

Representatives of all generations took part in the war and showed heroism, but everyone should know that the main mission was fulfilled by young people who grew up during my presidency, the young people who were children in 2003. First of all, we are indebted to them, we are indebted to all the people of Azerbaijan. All our people brought this Victory closer, and all the factors came together to determine the outcome of this war.
Our war, the second Karabakh war, is being studied today in the military schools of the world’s leading countries. We waged the war of the 21st century and destroyed the enemy. There is no Armenian army any more. We have destroyed it. Today, while celebrating Novruz in Jidir Duzu, I proudly say: “Shusha, you are free!”, “Shusha is Azerbaijan!” and “Karabakh is Azerbaijan!” 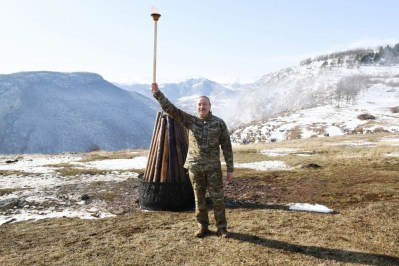 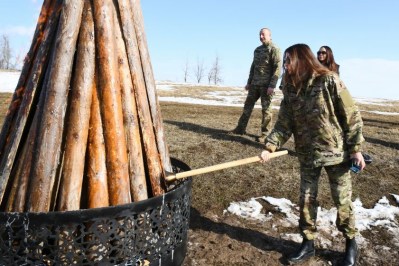 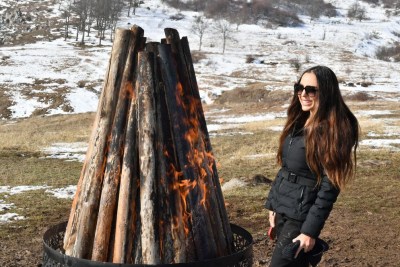 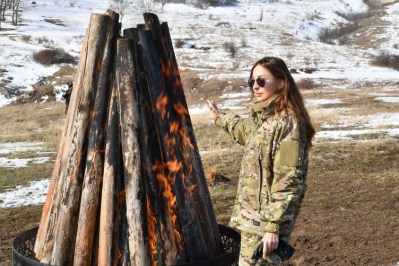 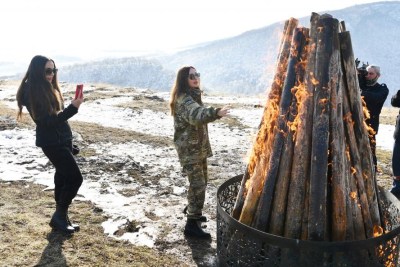 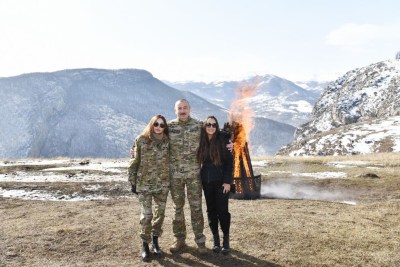 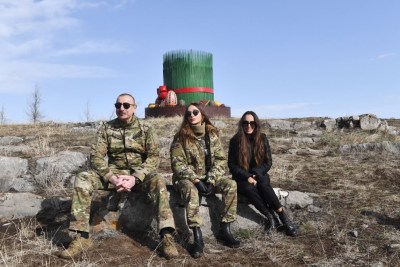 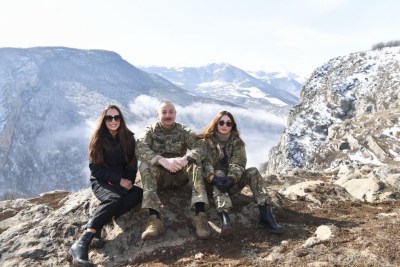 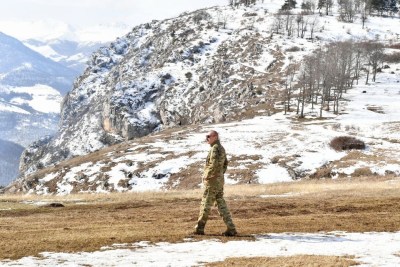 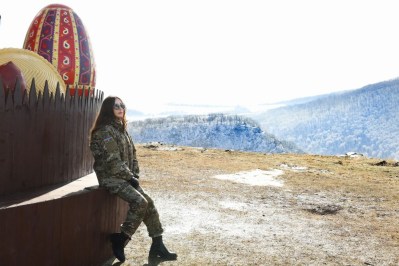