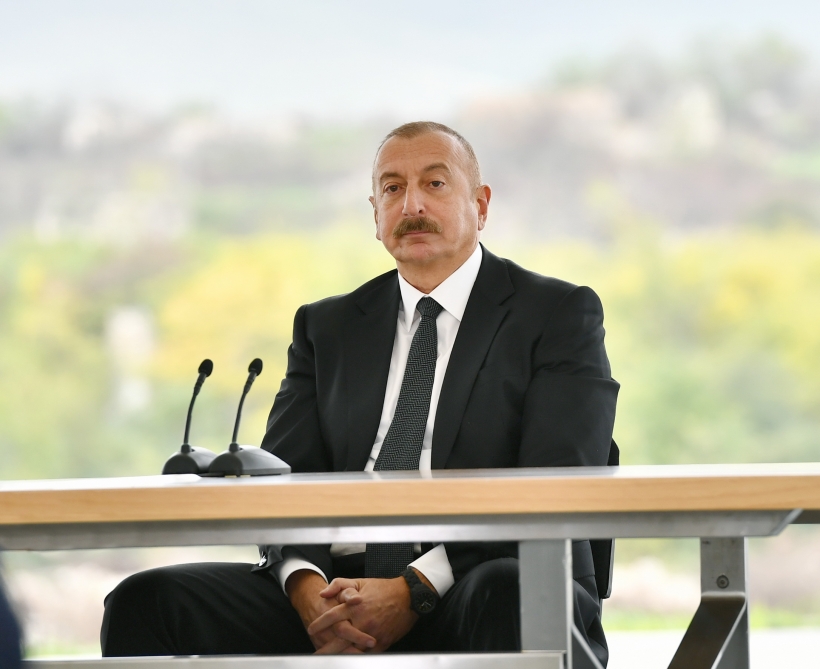 President Ilham Aliyev: After the liberation of Fuzuli, cases of desertion in the Armenian army became even more widespread

“After the liberation of Fuzuli, cases of desertion in the Armenian army became even more widespread. The enemy saw that it could not stand in front of us. The enemy saw that the road ahead of us was already clear and the liberation of other cities and districts was inevitable,” said President, Victorious Commander-in-Chief Ilham Aliyev as he met with members of the general public of Fuzuli district.

“The liberation of Fuzuli gave us additional moral strength. After that, the Azerbaijani Armed Forces successfully continued their salvation mission with even greater resolve. The city of Zangilan was liberated three days after the liberation of Fuzuli, Gubadli five days later and then we accessed the corridor of Lachin. So the outcome of the war was no longer a secret to anyone,” the head of state said.

This article originally appeared in AZERTAC on 17 Oct 2021.