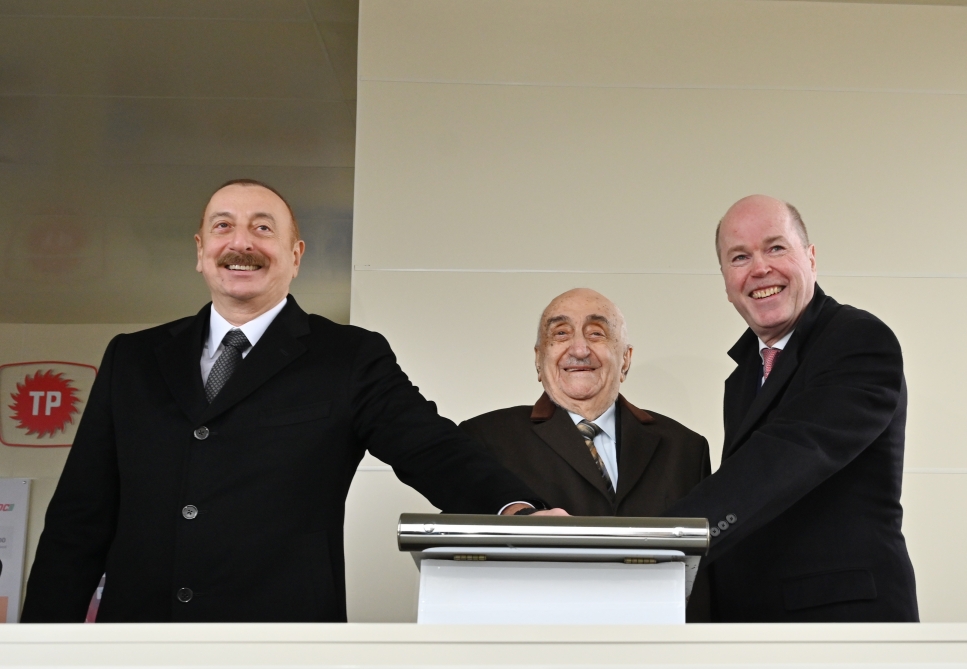 President of the Republic of Azerbaijan Ilham Aliyev has participated in the Azeri Central East platform jacket sail-away ceremony at the Heydar Aliyev Baku Deepwater Jackets Factory, according to Azerbaijan in Focus, reporting AzerTac.

bp’s regional president for Azerbaijan, Georgia and Turkiye Gary Jones, President of the State Oil Company of Azerbaijan (SOCAR) Rovshan Najaf informed the head of state of the work done on the project, as well as a video was screened.

The Azeri Central East (ACE) sanction is the first major investment decision by the Azeri-Chirag-Gunashli (ACG) partnership since the extension of the ACG Production Sharing Agreement (PSA) to 2049 was agreed upon in 2017. The ACE project is a $6 billion development that includes a new offshore platform and facilities designed to process up to 100,000 barrels of oil per day. The project is expected to produce up to 300 million barrels over its lifetime.

The ACE project is centered on a new 48-slot production, drilling and quarters platform located mid-way between the existing Central Azeri and East Azeri platforms in a water depth of approximately 140 metres. The project will also include new infield pipelines to transfer oil and gas from the ACE platform to the existing ACG Phase 2 oil and gas export pipelines for transportation to the onshore Sangachal terminal.

The ACE jacket weighs 16,000 tonnes and stands 153 metres high. It contains three risers – one water injection, one oil export and one gas export. The jacket will be installed in a water depth of 137 metres.

bp’s regional president Gary Jones said: These are control modules for huge tanks on either side. There are three such tanks on each side. It is a huge facility.

President Ilham Aliyev: Yes, it looks very impressive. The video was very comprehensive. A huge infrastructure facility has been created from scratch.

Gary Jones: Everything you see here in the factory is made of steel.

President Ilham Aliyev: Yes, this is one of the greatest achievements because it wasn’t like that at all in the beginning. However, after some time, the entire construction work was carried out here. This is a significant achievement. Also, when the commissioning of the “Academician Khoshbakht Yusifzade” tanker a few days ago, we shared our memories about the past of this site, the factory that has made an important contribution to our future, to our oil and gas projects. Because if it had not been created in the late 1970s and 1980s, it would have taken us a lot longer to start production.

First Vice-President of SOCAR Khoshbakht Yusifzade: Yes, the Deepwater Jackets Factory was built here thanks to Heydar Aliyev. If it hadn’t been for him, they would not have built the factory here.

Gary Jones: There’s a lot of work to be done. As you know, we are also engaged in deep-water drilling at Shah Deniz. It’s very interesting. The next 30 years will be even more interesting than the last 30 years.

President Ilham Aliyev: Yes, especially considering the huge demand for natural gas in international markets. I think this will happen at the right time. Of course, there are great expectations about our potential. We always knew how much reserves we had. I do hope that when we start drilling, this field will grow, as was the case with Azeri-Chirag-Gunashli. The results proved at least twice as big as the initial forecast. Considering that the entire infrastructure, the transportation infrastructure is now available, I think this is a truly historic opportunity to serve the people of Azerbaijan and our international partners in terms of trying to produce as much as possible.

Gary Jones: This is our goal.

Rovshan Najaf: The idea we are discussing with partners is that being a partner is not only about sharing profits and costs. It is also about exchanging knowledge and new technologies. This is why we are bringing together new experts, new ideas and innovations to achieve better results.

Then President Ilham Aliyev, First Vice-President of SOCAR Khoshbakht Yusifzade and bp’s regional president Gary Jones pressed the button to launch the sail away of the jacket.

President Ilham Aliyev: We have another important ceremony. Gary Jones was awarded the “Dostlug” Order about two and a half months ago. I believe that today is the best opportunity to present that order.

Gary Jones: Mr. President, this came as a surprise to me. Thank you very much.

President Ilham Aliyev: You deserve it. This is because of your important contribution to the development of Azerbaijan’s oil and gas industry, your friendship and being a good resident of Azerbaijan. You are almost our citizen and understand the basic needs of our people. I am pleased to recognize you for visiting Shusha together with us and for the work your team is doing. The award was announced on 19 September, but I was waiting for the opportunity, and I think today is a great day. I am presenting this order to you in front of this huge facility.

Gary Jones: Thank you very much. It is a great honor for me. I want to thank you personally and on behalf of the entire bp team.