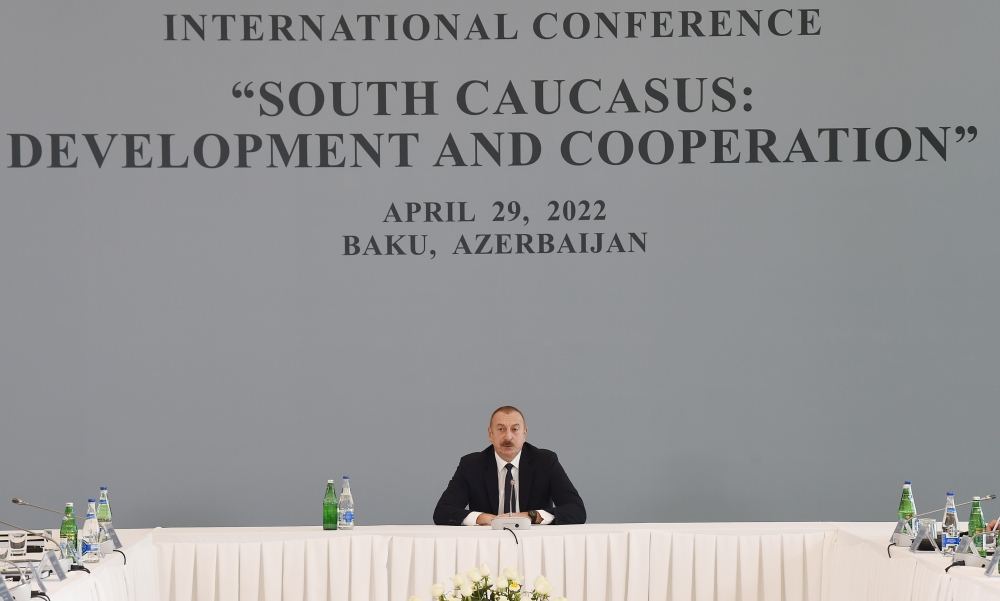 An international conference under the motto “South Caucasus: Development and Cooperation” has been held at ADA University, according to Azerbaijan in Focus, reporting Trend News.

President of the Republic of Azerbaijan Ilham Aliyev attended the conference.

The fact that Shusha has become the main venue of events held under the auspices of the UN and other influential organizations and turned into the diplomatic capital of the region also means a failure of the ugly campaigns to promote this ancient Azerbaijani city as an Armenian one through many years of false information.

It is no coincidence that participants of the international conference held panel discussions on “Shusha – the path to revival” on reconstruction work in Shusha and “Cooperation, opportunities and challenges” on the post-conflict period in Shusha on 28 April. This important platform provides an opportunity for foreign experts to discuss the peace agenda laid out by Azerbaijan for the development of relations between countries of the South Caucasus in the post-conflict period, the possibility of opening communications, the normalization of relations with Armenia as a basis for progress, security and prosperity.