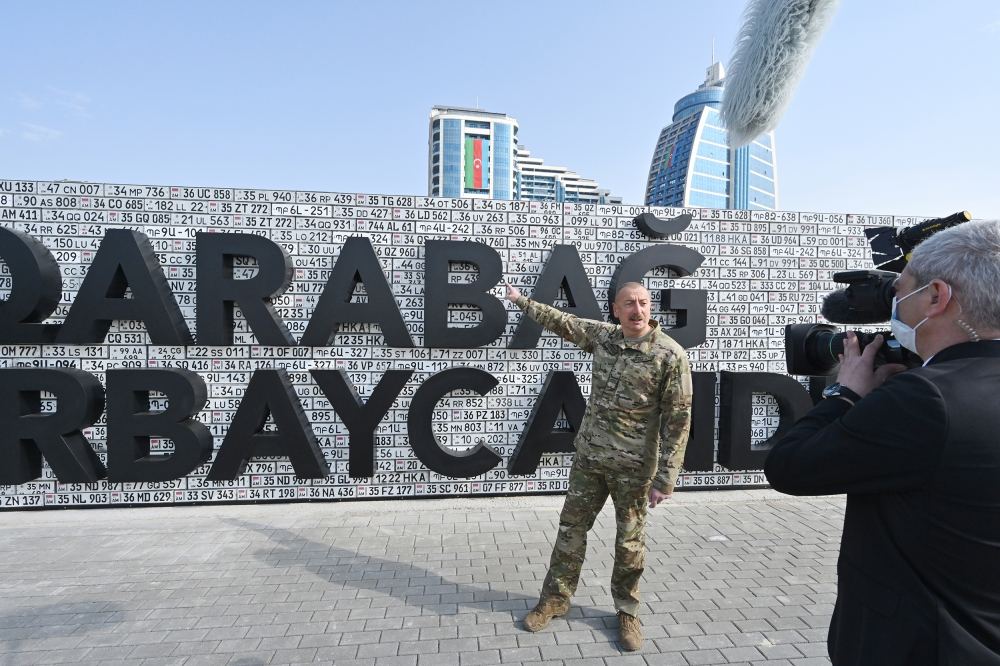 President of the Republic of Azerbaijan Ilham Aliyev has attended the inauguration of the Military Trophy Park in Baku, according to Azerbaijan in Focus, reporting Trend News.

The head of state was informed about the military equipment displayed in the park.

After touring the park, President Ilham Aliyev met with the awarded servicemen.

The head of state addressed the meeting.