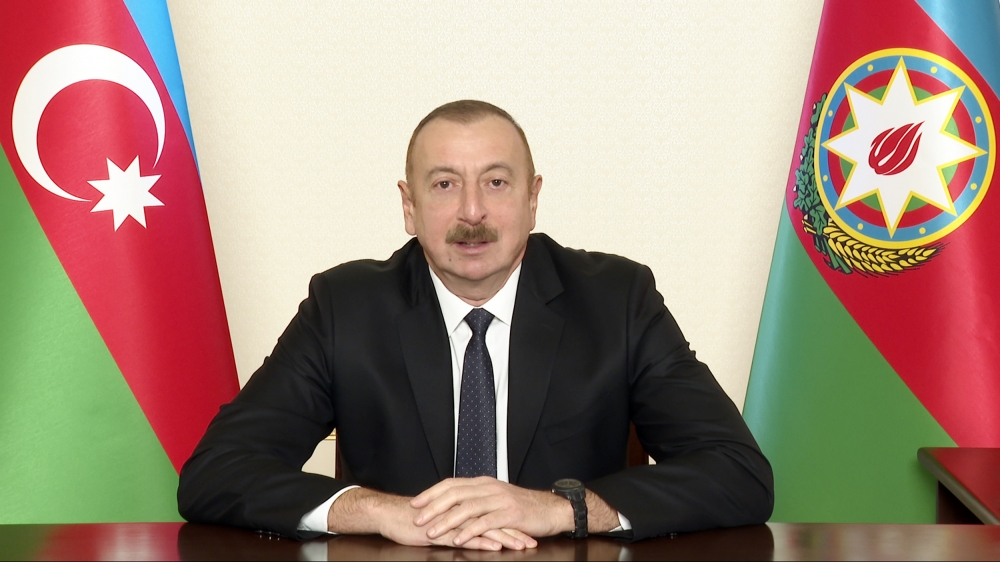 President of Azerbaijan, Victorious Commander-in-Chief Ilham Aliyev has congratulated the people of Azerbaijan on the liberation of Lachin district from occupation, according to Azerbaijan in Focus, reporting AzerTac.

Conveying this good news in his address to the nation, the President said:

“It is with great joy that I inform you that Lachin district has been liberated from occupation. I cordially congratulate all the people of Azerbaijan on this occasion. The liberation of Lachin district from occupation is a historic event. Moreover, we have returned Lachin district without firing a single shot. We have forced the enemy to do this. The bright victory won on the battlefield has led to this remarkable result – three of our districts, Aghdam, Kalbajar and Lachin, have been returned to us. We have returned these districts without firing a single shot and without a single martyr.”

The head of state said: “Lachin district is one of our biggest districts. Lachin district will play an important part in the future economic development of Azerbaijan. First of all, we will return Lachin to the people of Lachin. I sincerely congratulate dear residents of Lachin on this wonderful event. When Lachin was occupied, just over 50,000 people lived in it. Today the population of Lachin district has reached 80,000 people. Of course, one of our main goals will be to return the residents of Lachin there as soon as possible. We will also try to return the former internally displaced persons to all other districts liberated from the occupation as soon as possible.”