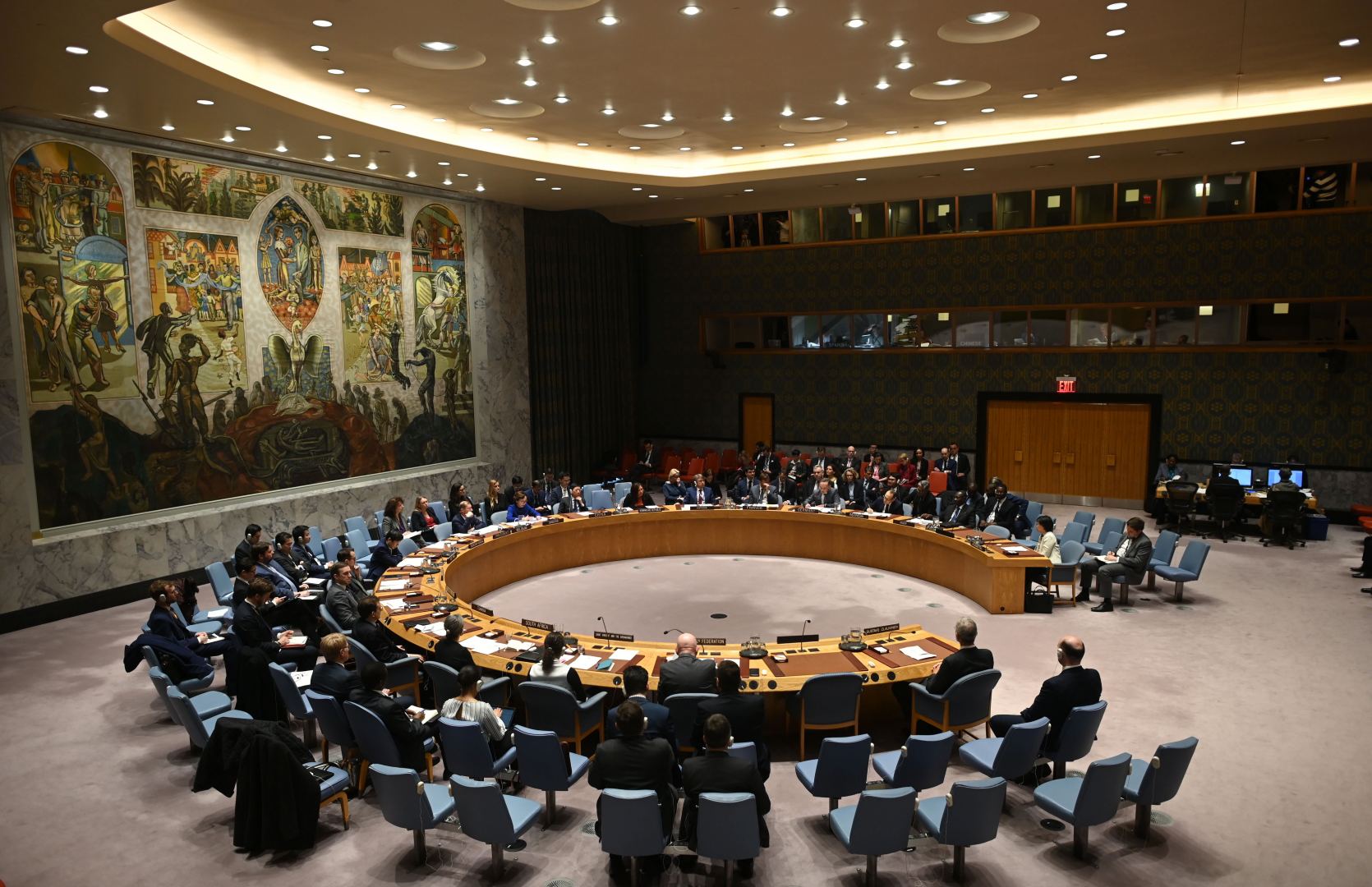 Meanwhile, France and Armenia convened a meeting of the UN Security Council on the situation on the Lachin road on December 20-21.

After the events of September 2022, at the request of Armenia, the “Letter from the Permanent Representative of Armenia to the UN” was included in the agenda of the UN Security Council. This could not have taken place without the support of France.

The French-Armenian tandem still tried to pass a document in the UN Security Council regarding the events that took place in September 2022. However, this did not happen. Similar attempts were made against Azerbaijan during the 44-day war in 2020.

It’s clearly unfair that the UN Security Council has not held a single meeting on the aggression of Armenia over the 30-year period of occupation of Karabakh and seven neighboring regions of Azerbaijan. Hypocritical France was one of those who prevented this.

Immediately after the discussions on December 20-21, France, as a permanent member of the UN Security Council and currently as its chairman (permanent and non-permanent members act as chairman for one month), a hypocritical and completely pro-Armenian text was prepared, in which the situation on the Lachin road was presented as a “humanitarian catastrophe”. The diplomatic battle over the text of the statement went on for 10 days.

From the French side, the process was led directly by the French presidential administration and Emmanuel Macron’s foreign policy advisers.

President Ilham Aliyev, at a meeting with members of the Western Azerbaijan Community, stated that malicious actions against Azerbaijan are being carried out in a number of international institutions.

Prior to this, Azerbaijan also stated that anti-Azerbaijani activities in the Francophonie and some other international organizations are regrettable.

France hoped to get the statement passed and then turn it into a resolution. In parallel, Armenian “brilliant” diplomat Armen Grigoryan stated that one of Armenia’s goals is the adoption of a resolution in the Security Council.

These actions of the Franco-Armenian tandem were another Armenian betrayal of Russia and a gross disrespect for the US-backed peace treaty negotiations and an attempt to deceive the international community as a whole.

But France, being a member of the UN Security Council, was unable to issue a statement on the situation on the Lachin road in 10 days, which in the truest sense of the word is a great shame for Paris.

First of all, the phrase “Nagorno-Karabakh” was removed from the pro-Armenian statement. Then it was noted that humanitarian assistance can only be based on respect for the territorial integrity and sovereignty of Azerbaijan. Further, such expressions as support for the territorial integrity of Azerbaijan were included there. After its 6th or 7th edition, when the document became de facto pro-Azerbaijani, official Paris abandoned it altogether!

Azerbaijani diplomacy used all its possibilities to defeat France on its own field.

The world community, permanent and non-permanent members of the UN Security Council also became convinced of the hypocrisy of France, and openly admitted it.

France, trying to penetrate the Caucasus with such disgusting tricks for the sake of geopolitical games, does not understand that, on the contrary, with each such step, it isolates itself from the region more and more, it finds itself in an absurd position in front of the Azerbaijani people.

The UK, UAE, Russia and Albania opposed the French initiative, and special thanks are expressed to these countries for supporting justice.

While this brilliant victory is being celebrated together with the friends of Azerbaijan, the foreign policy department of the French presidential administration is in hysterics. Authorities are also discussing the recall of the Permanent Representative of France to the UN and his deputy because of such a failure.

President Ilham Aliyev, at a meeting with the Western Azerbaijan Community on December 24, made the following statement: “You should never step back, you should always protect your rights, especially your native land, even in the face of someone stronger than you”.

This bright victory once again clearly demonstrates the decisiveness of President Ilham Aliyev and the success of the multi-vector foreign policy pursued by the Head of State, thanks to which our country has a wide range of reliable partners on the world stage.