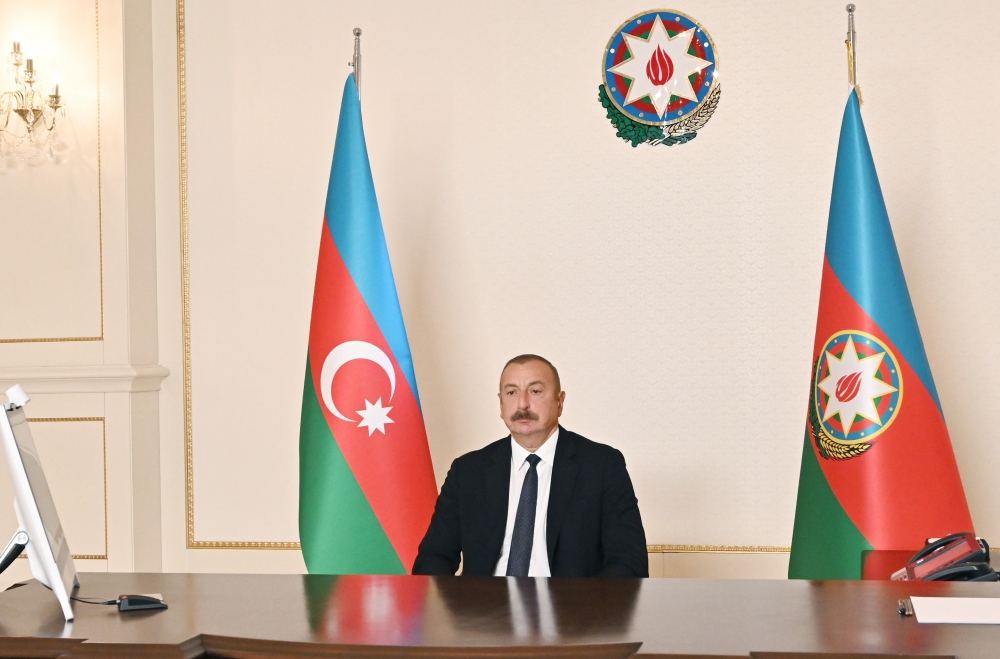 President Ilham Aliyev: I am ready to talk to Armenia’s PM Pashinyan any time when he is ready

I am ready to talk to Armenia’s Prime Minister Pashinyan any time when he is ready, President of the Republic of Azerbaijan Ilham Aliyev said in an interview to Spanish EFE news agency, according to Azerbaijan in Focus, reporting Trend News.

“Actually the talks and the contacts have started. There is a format of cooperation on the level of deputy prime ministers of Azerbaijan, Armenia and Russia. This format is dedicated to the issues related to the opening of communications. Also, recently on the sidelines of the UN General Assembly session foreign ministers of Armenia and Azerbaijan met. That was for the first time since the war ended. I think that the meeting as far as I was informed by our minister was very constructive and promising. Our position remains unchanged, since the war ended, we want to establish normal relations with Armenia based on a mutual recognition of territorial integrity of both countries. We are ready to start immediately the process of delimitation of our borders. And, of course, after that process is ended-demarcation. We also express willingness to start to work together with Armenia on the future peace agreement. All these initiatives have been articulated on many times by me and by other Azerbaijani officials, but unfortunately, have not been yet positively responded by Armenian side. So our position is unchanged and there are certain steps, but I think during this year we could have made much bigger progress,” the head of state said.

“I am ready, and I already expressed this position if Armenian side is ready, I am also ready. We had one meeting that was in trilateral format at the invitation of the President of Russia Vladimir Putin, in the beginning of this year. I am ready to talk to Mr. Pashinyan any time when he is ready. So, I am open for these discussions and I think that could be also a good indicator that the war is over and that page has been turned down. This is very important. Because still we see and we hear in Armenia, in political establishment, the statements which demonstrate the attempts of revanchism, the attempts of future plans to regain back territory which belongs to us by history and by international law. Therefore, the willingness of Armenian government, the serious willingness, not only words but statements and actions will demonstrate that the war is over, and we are moving towards the period of peace,” Azerbaijani president said.