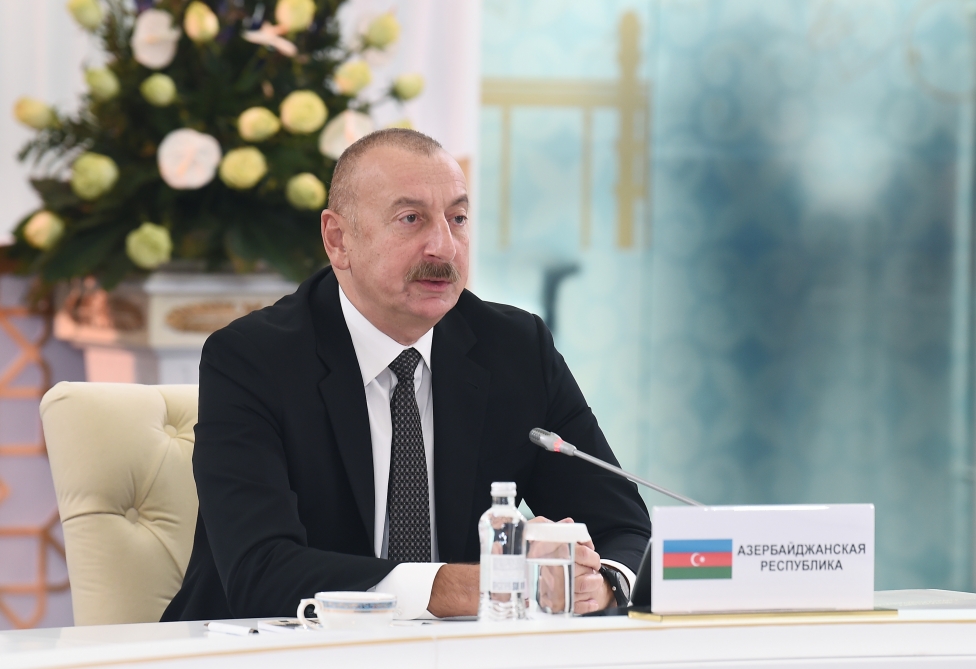 President Ilham Aliyev: If these two important provisions of trilateral Declaration of November 2020 are not implemented, we will be left with no other option but to act accordingly

“Azerbaijan is fulfilling all the provisions of the Declaration, including ensuring unhindered access from Armenia to Karabakh,” said Azerbaijani President Ilham Aliyev as he addressed a meeting of the CIS Heads of State Council held in Astana, according to Azerbaijan in Focus, reporting AzerTac.

“Armenia is not fulfilling its part of the Declaration. Namely, it does not provide unhindered access from the main part of Azerbaijan to the Nakhchivan Autonomous Republic, which is its legal obligation and has not yet withdrawn the Armenian armed forces from Azerbaijani territory. We are still showing patience, but it is not unlimited. If these two important provisions of the trilateral Declaration of November 2020 are not implemented, we will be left with no other option but to act accordingly,” the head of state noted.

“In conclusion, the fate of the Armenians of Karabakh. At the meeting in Prague, we also had an exchange of views on this issue. Our position is clear and precise. Karabakh is Azerbaijan. The rights and security of the Armenian population of Karabakh will be ensured in accordance with the Constitution of Azerbaijan. We are not going to discuss our internal issues with anyone. And as far as I understood from the results of the meeting in Prague, this topic did not cause any discrepancies among participants of the four-sided meeting,” President Ilham Aliyev added.