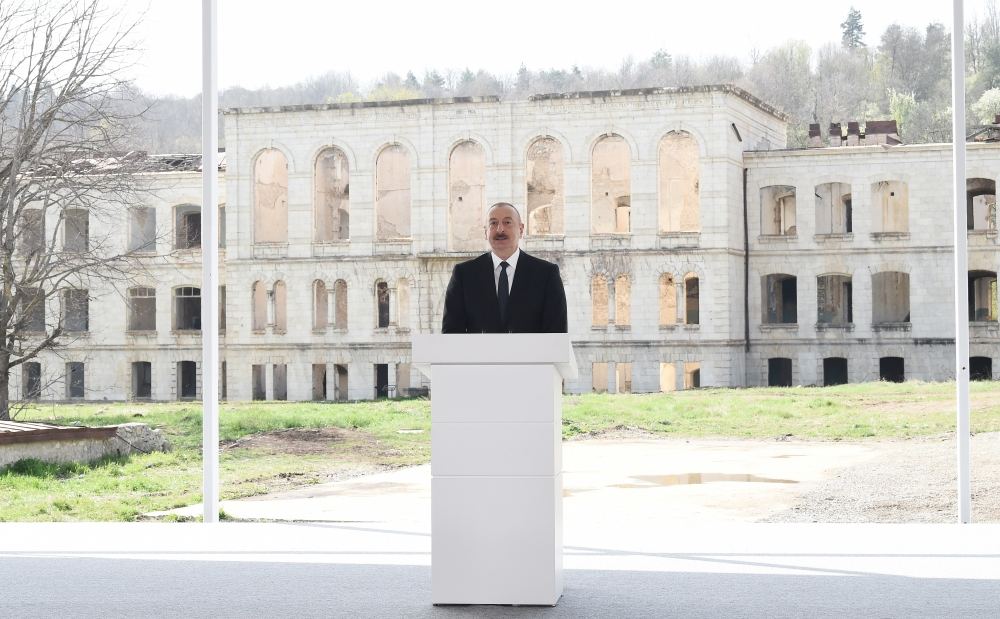 “Today we are holding a Congress of World Azerbaijanis in free Karabakh and free Shusha. The name of this congress is Victory Congress, and this is natural. Because for the first time after the historic Victory, Azerbaijanis from all over the world are gathering to hold a congress. In general, the name of Victory is very appropriate for our people,” said President Ilham Aliyev during his speech at the 5th Congress of World Azerbaijanis in Shusha, according to Azerbaijan in Focus, reporting Trend News.

The head of state said: “You have come here through Victory Road, and the name of the Congress is Victory Congress. At present, Victory Museums are being built in different parts of the country, first of all, in liberated lands.”