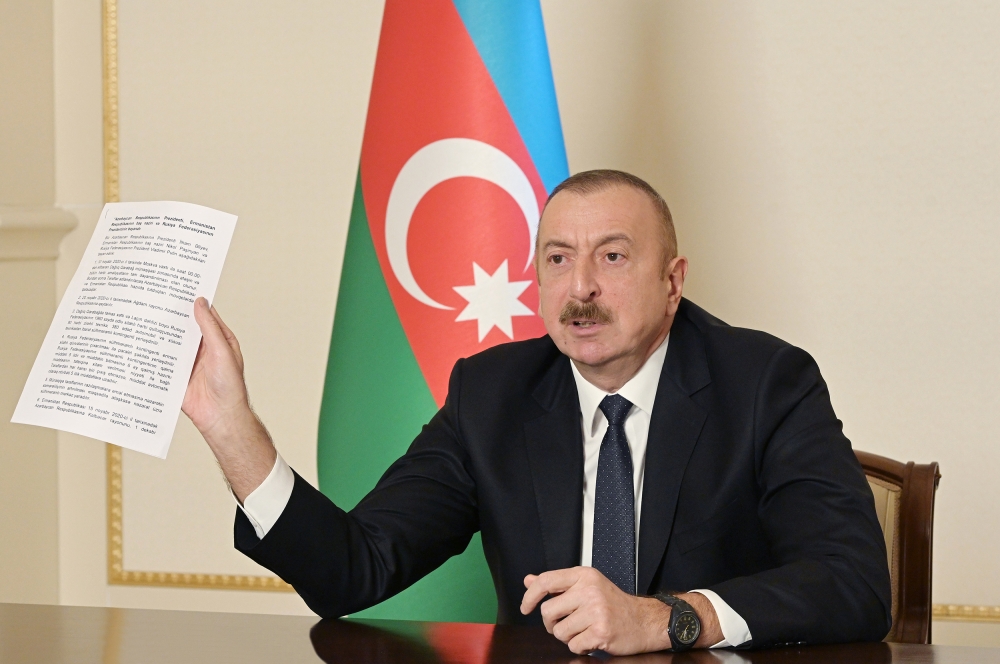 President Ilham Aliyev: once the new corridor parameters have been determined, the city of Lachin will return

Azerbaijani President and Commander-in-Chief Ilham Aliyev, in his address to the Azerbaijani nation, has commented: “Paragraph 6 of the tripartite ceasefire statement indicated that the Republic of Armenia is scheduled to return the Kalbajar district to the Republic of Azerbaijan on November 15 and Lachin district on December 1. As you know, the Russian side asked for extra time, on behalf of Armenia. The return of Kalbajar district to us was finally achieved on November 25. The final part of paragraph 6 has been fulfilled. Lachin district has been returned to Azerbaijan.”

He continued: “The 5km-wide Lachin Corridor will not affect the city of Shusha and remain under the control of the Russian peacekeeping contingent. I have already commented on this point. The initial version proposed it should be 30km-wide, then 10km, and supposed to remain under the control of the Armenian armed forces, not of the Russian peacekeeping contingent. We changed these aspects of the statement.

“It was indicated that, on the basis of the consent of the parties, a plan for the construction of a new route along the Lachin Corridor would be determined during the next three years, facilitating communication between the Azerbaijani region of Nagorno-Karabakh and Armenia. Thus, in order to protect this route, the Russian peacekeeping contingent is to be relocated in the future.

“I would like to comment on this issue as well. What does this indicate? Everyone knows that the Lachin Corridor passes through the city of Lachin. So Lachin will remain in the middle of this corridor. During my conversations with the President of Russia, I stated that the city of Lachin should also be returned to us. Therefore, we propose to develop the route for a new corridor connecting the Nagorno-Karabakh region with Armenia. The deadline is also indicated here – within three years – although I believe we can realise this more quickly.

“After the parameters of the new corridor have been determined, the city of Lachin will also be returned to us. This issue deserves special attention because, if I had not included it in the statement, the Lachin Corridor would always have covered the city of Lachin.”