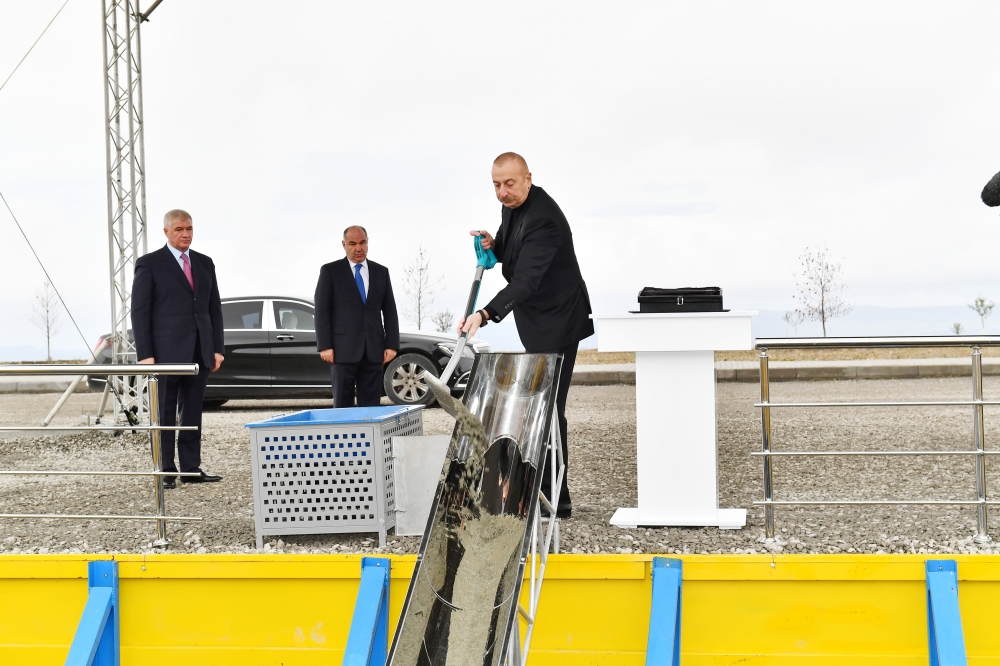 President of the Republic of Azerbaijan Ilham Aliyev has visited Oghuz district, according to Azerbaijan in Focus, reporting AzerTac.

The head of state visited a statue of national leader Heydar Aliyev in the city of Oghuz and laid flowers at the statue. 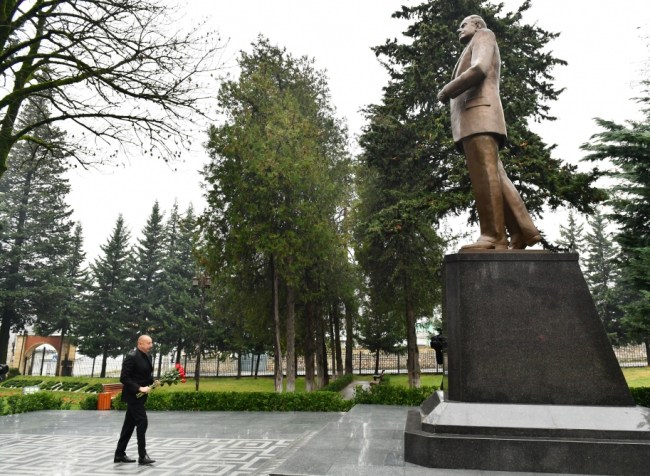 President also attended the inauguration of a series of “Oghuz-1”, “Oghuz-2” and “Oghuz-3” small hydropower plants on the Dashaghil River in Oghuz.

The head of state launched the power stations.

Ilham Aliyev later attended the inauguration of a 100-seat orphanage-kindergarten in Oghuz, the construction of which was initiated by the Heydar Aliyev Foundation.

Head of Oghuz District Executive Authority Eyvaz Gurbanov informed the head of state that the kindergarten, which covers an area of 0,4 hectares, and a total area of 3.013 square meters, features 32 rooms. The building has five group rooms, a medical point, a music hall, a canteen, a kitchen, as well as gymnastics, computer, and other rooms.

The building was fitted with state-of-the-art equipment, inventory and furniture sets, as well as video surveillance, fire protection, and centralized heating systems. Landscaping work was carried out, green areas were laid out, modern lighting system was installed in the yard of the kindergarten.

At the end of his visit, Ilham Aliyev laid a foundation stone for the walnut products hulling, washing and drying plant at “Shaki-Oghuz” Agropark in Oghuz district.

Head of “Agroinkishaf-2017” Limited Liability Company Ruslan Sadikhov informed the head of state about the project of the plant.

It was noted that in order to organize the sale of products in accordance with international standards, the washing, drying, sorting and packing, the walnut plant was jointly designed with a US company and a contract was signed for the provision of it with equipment. Four hectares of land has been allocated for the construction of the plant which will operate two production lines.

It was indicated that 10,000 tons of walnuts were initially to be produced from 2,000 hectares of orchards. At the same time, a nursery for different nut varieties has been established. The time of collection and drying of products is 40 days. The volume of 80 metal boxes for drying walnut products is 400 tons.

The President was informed that 40 jobs were to be created at the factory in the first stage.