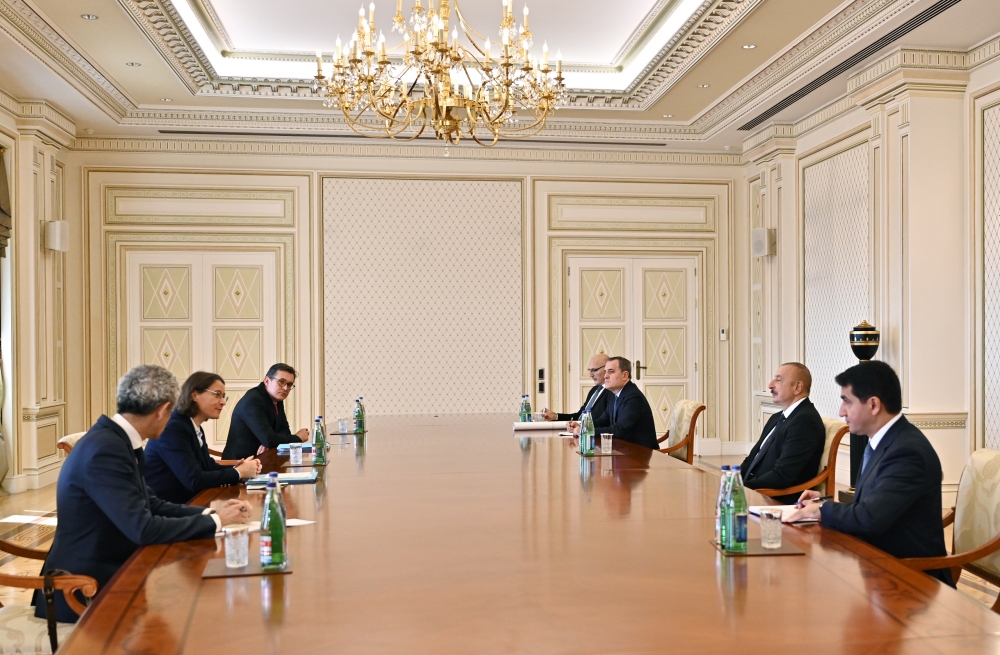 President of the Republic of Azerbaijan Ilham Aliyev has received Continental Europe and Turkiye Advisor in the Office of the French President Isabelle Dumont, according to Azerbaijan in Focus, reporting AzerTac.

The discussions and constructive dialogue between President of France Emmanuel Macron and President of Azerbaijan Ilham Aliyev during the recent telephone conversations were underlined at the meeting.

The sides exchanged views on the issues relating to the normalization of relations between Armenia and Azerbaijan, the negotiation process on a peace treaty, the delimitation of borders, and the opening of communications.

President Ilham Aliyev emphasized the landmine problem Azerbaijan is facing and the fact that nearly 4,000 Azerbaijani citizens are considered missing since the First Armenia-Azerbaijan War. The importance of addressing these issues was pointed out.

The sides discussed the issues of mutual interest, including the Azerbaijan-France bilateral cooperation.