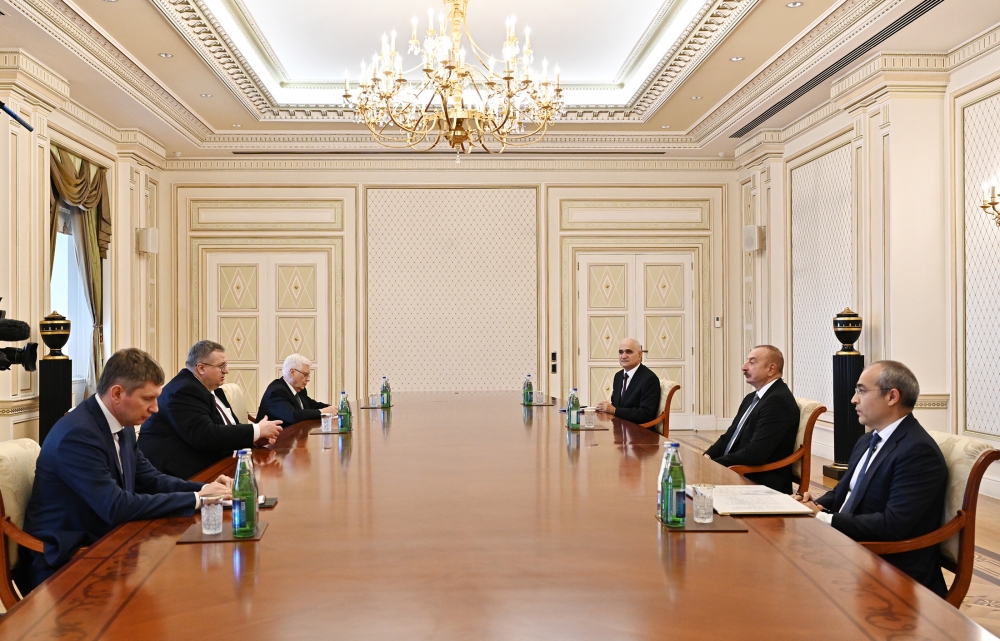 President of the Republic of Azerbaijan Ilham Aliyev has received Deputy Prime Minister of the Russian Federation Alexei Overchuk, according to Azerbaijan in Focus, reporting AzerTac.

The sides hailed the dynamic development of bilateral relations based on the agreements reached between the presidents of Azerbaijan and Russia and the current state of cooperation between the two countries in various fields, including economic and trade, transport and transit, and energy, emphasizing progress in all areas and the increase in turnover. They exchanged views on the North-South transport corridor.

During the conversation, the sides discussed the activities of the trilateral Azerbaijan-Russia-Armenia working group established for the purpose of restoring transport and economic relations in the region regarding the implementation of the November 10 Statement.

The sides exchanged views on other issues of mutual interest.