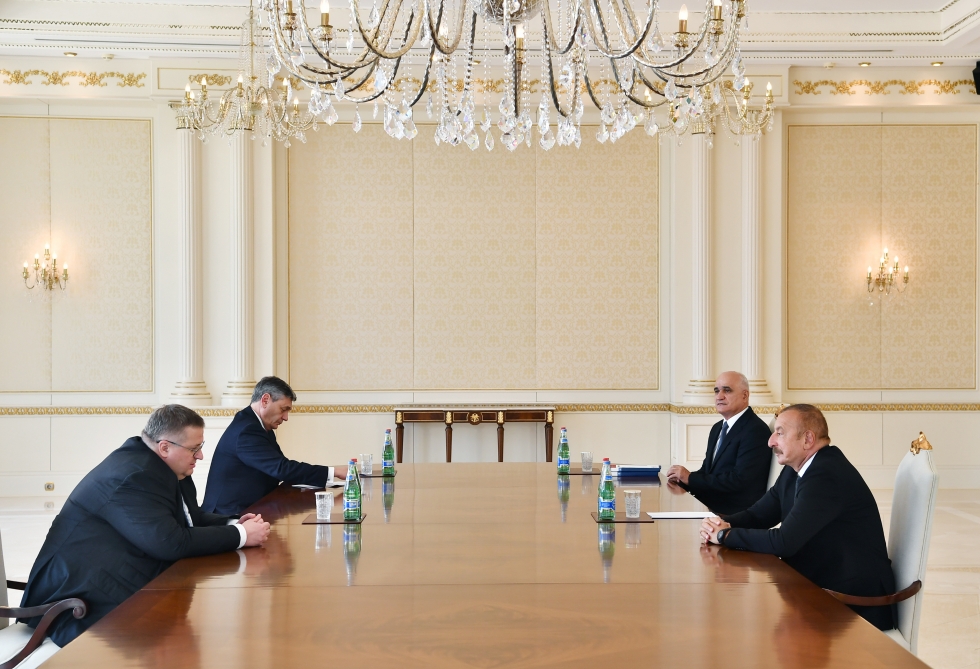 President of the Republic of Azerbaijan Ilham Aliyev has received Deputy Prime Minister of the Russian Federation Alexei Overchuk, according to Azerbaijan in Focus, reporting AzerTac.

President Ilham Aliyev thanked for the greetings of the Russian President and asked the Deputy Prime Minister to extend his greetings to Vladimir Putin.

The sides discussed issues related to the activities of the trilateral working group co-chaired by the deputy prime ministers of Azerbaijan, Russia and Armenia.

The Azerbaijan-Russia bilateral relations were underlined, the increase in trade and export of agricultural products from Azerbaijan to Russia was hailed at the meeting.

They also discussed issues related to further improving the operation of border checkpoints on the Azerbaijani-Russian border and hailed the increase of transit through the North-South corridor.

The sides exchanged views on prospects for cooperation in a number of fields, including in trade, economy and transport.