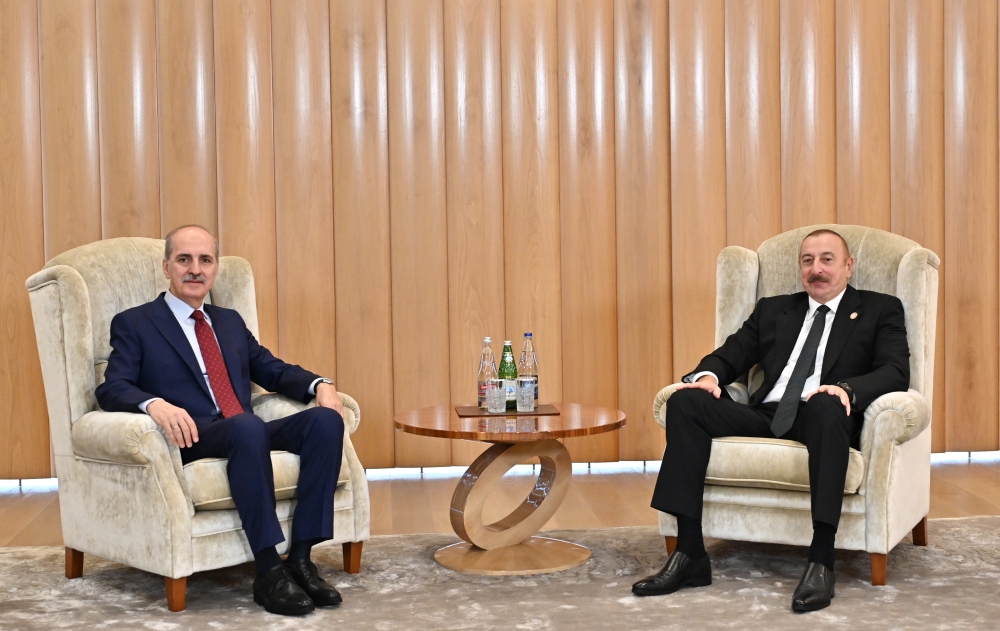 President of the Republic of Azerbaijan Ilham Aliyev has received the First Deputy Chairman of the Turkish Justice and Development Party (AK Party), and MP from Istanbul Numan Kurtulmus, according to Azerbaijan in Focus, reporting AzerTac.

Numan Kurtulmus congratulated the head of state on the 30th anniversary of the establishment of the New Azerbaijan Party and extended Turkish President Recep Tayyip Erdogan’s greetings to President Ilham Aliyev.

The head of state thanked for the congratulations. Expressing his gratitude for Recep Tayyip Erdogan’s greetings, President Ilham Aliyev asked the Deputy Chairman of the AK Party to extend his greetings to the Turkish President.

The sides hailed the successful development of friendly and brotherly relations in all areas and expressed their confidence that bilateral ties would continue to expand.

During the conversation, they pointed out the fruitful cooperation between the New Azerbaijan Party and the Turkish ruling Justice and Development Party, and exchanged views on prospects for relations.