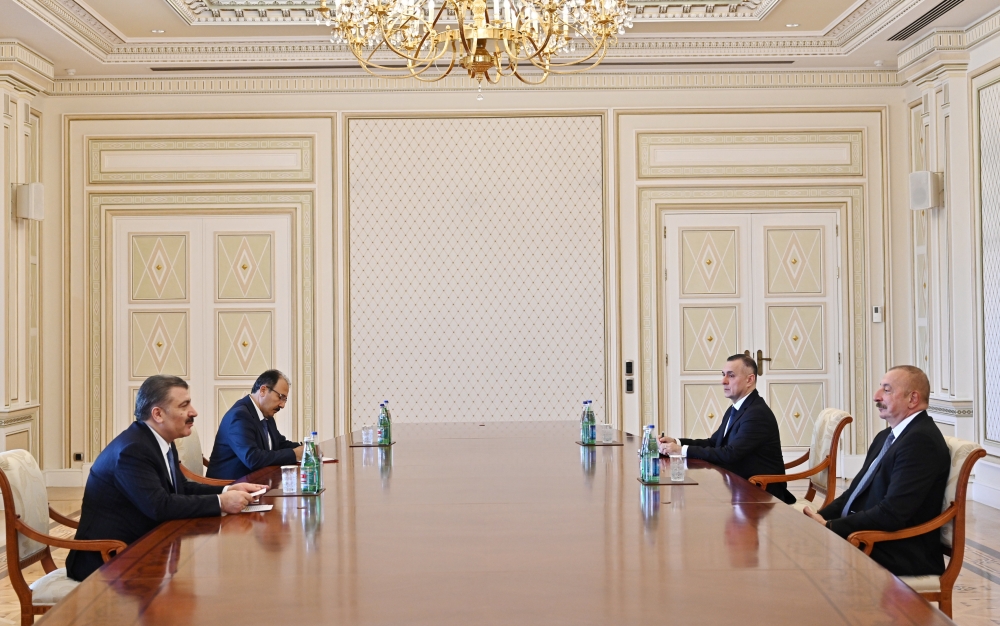 President Ilham Aliyev thanked for Recep Tayyip Erdogan’s greetings, and asked the minister to extend his greetings to the Turkish President.

The Turkish Minister described the unbreakable unity and brotherly ties between the presidents of Azerbaijan and Turkiye as a guide for cooperation between the health ministries, like all other institutions, pointing out that the two countries ministries enjoy close cooperation in this regard.

The Turkish Health Minister noted that the liberation of lands from occupation under the leadership of President Ilham Aliyev gives a deep sense of joy. The minister expressed his condolences for the martyrs and wished the veterans recovery. Emphasizing the importance of the Shusha Declaration, Fahrettin Koca stated that they are making efforts to develop and deepen relations in the field of healthcare in accordance with the goals the document envisages.

The Turkish minister said it is a fraternal duty to share the experience and scientific knowledge gained in the field of healthcare in his country with Azerbaijani colleagues. He hailed the importance of the Azerbaijani-Turkish Medical Business Forum held in Baku with the support of the head of state.

President Ilham Aliyev recalled with pleasure the meeting with the Turkish President in Uzbekistan and emphasized that friendly and brotherly relations between the two countries are constantly developing in all areas. Pointing to the Shusha Declaration, the head of state described this as an official manifestation of bilateral relations, and said that the Declaration reflects the will of the two countries’ peoples and the interests of the states.

The Azerbaijani President thanked the minister for the treatment of veterans by Turkish doctors both during and after the war.

The head of state underlined the cooperation within the Organization of Turkic States, hailing the relations in the field of healthcare in this regard, and touched upon the importance of the Azerbaijani-Turkish Medical Business Forum.