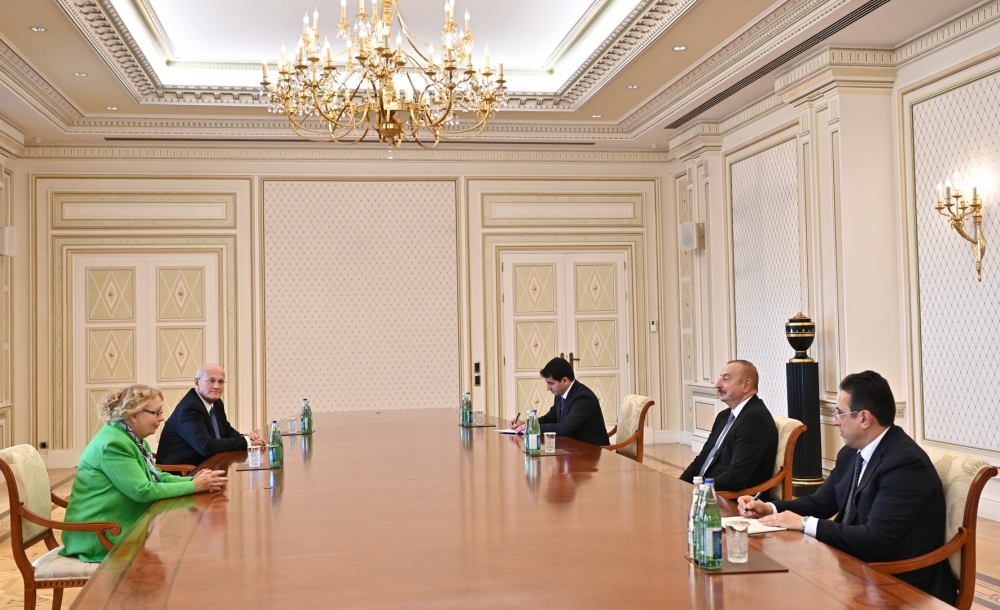 President of the Republic of Azerbaijan Ilham Aliyev has received UN Deputy Secretary General, Director-General of the United Nations Office at Geneva (UN Geneva) Tatiana Valovaya, according to Azerbaijan in Focus, reporting AzerTac.

The sides expressed confidence that Azerbaijan will achieve the targets set by 2030 in connection with the implementation of the UN Sustainable Development Goals, and the achievements in this regard were emphasized.

Azerbaijan’s cooperation with structures and specialized agencies of the UN Office in Geneva was underlined. In addition, Azerbaijan’s voluntary financial contributions to UN specialized agencies, as well as support for donor initiatives were pointed out. As chairman of the Non-Aligned Movement, the humanitarian and financial assistance provided by Azerbaijan to more than 80 member countries of the Movement through the World Health Organization as part of response measures to COVID-19 was described as exemplary.

Tatiana Valovaya hailed the importance of the photo exhibition dedicated to Azerbaijani women which was held under the joint initiative of the head of the UN Office in Geneva and the Heydar Aliyev Foundation at the Heydar Aliyev Center.

It was noted that the exhibition promotes Azerbaijani women who have contributed to the Sustainable Development Goals and that the event first organized in Baku, will be held on a regular basis in other countries as well.