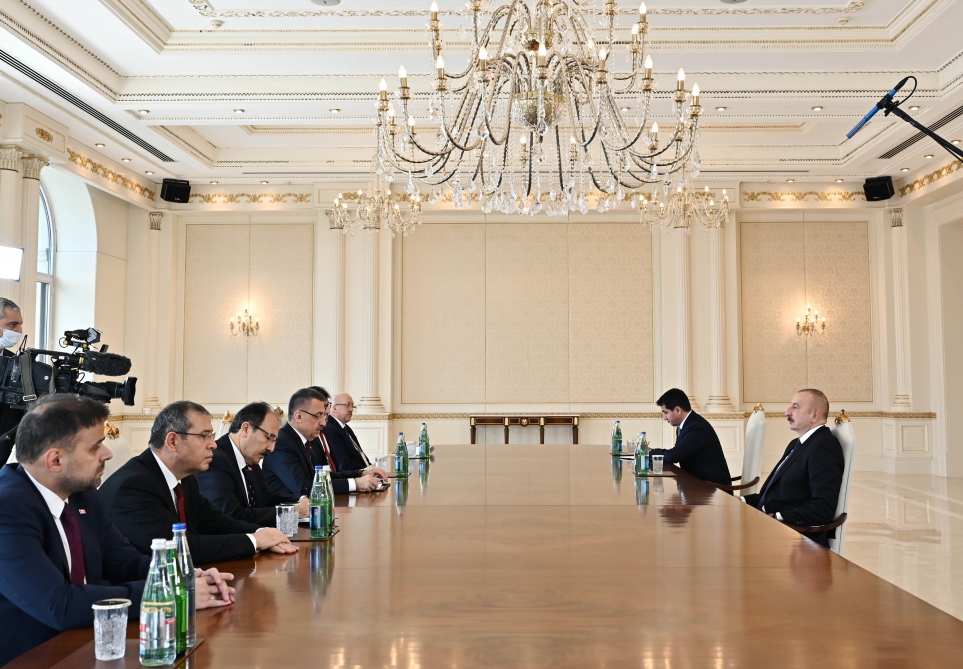 The head of state thanked for Recep Tayyip Erdogan’s greetings, and asked the Vice President to extend his greetings to the Turkish President.

During the conversation, the sides underlined the importance of the Shusha Declaration. Turkish President Recep Tayyip Erdogan’s recent visit to Azerbaijan and his participation in the openings of important facilities in the cities of Zangilan and Jabrayl as part of the visit were hailed. Recalling the telephone conversation with Recep Tayyip Erdogan two days ago, the head of state described the start of electric car production in Turkiye as the next success of the brotherly country’s industry.

The importance of the Zangazur corridor in terms of the development of transport relations was mentioned at the meeting. The significance of Azerbaijan’s investment of more than 20 billion dollars in the economy of Turkiye was emphasized, the increase in trade, and the successful cooperation in the field of energy was pointed out. Touching upon the issue related to gas export, the importance of the Southern Gas Corridor, as well as expanding the export possibilities of this corridor was emphasized.

The sides also exchanged views on prospects for cooperation in the fields of transport and trade.