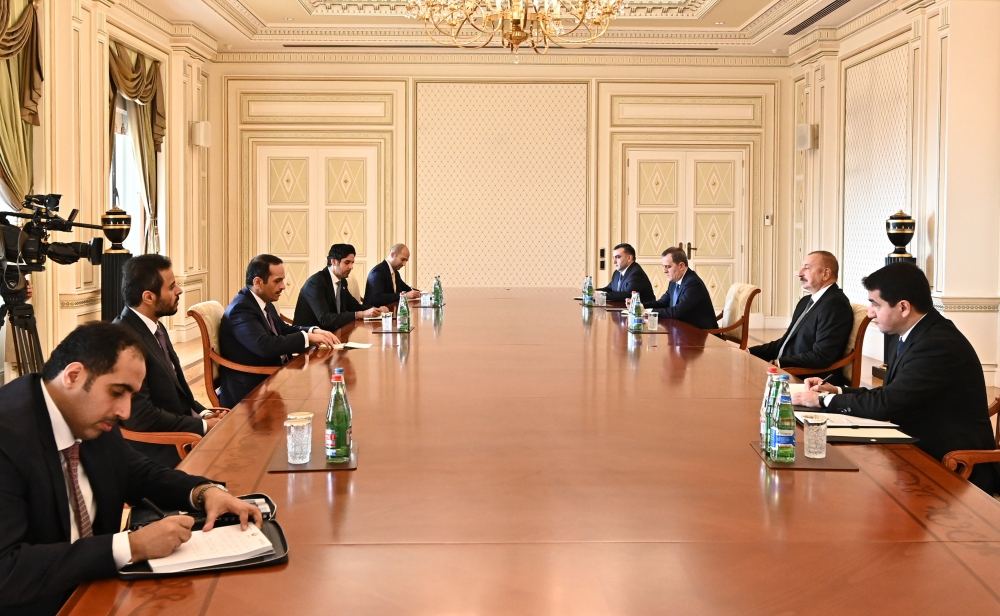 According to Azerbaijan in Focus, reporting Trend News, President of the Republic of Azerbaijan Ilham Aliyev has received a delegation led by Deputy Prime Minister and Minister of Foreign Affairs of the State of Qatar, co-chair of the Qatar-Azerbaijan Intergovernmental Commission, Mohammed bin Abdulrahman Al-Thani.

The head of state thanked for the greetings and asked the Deputy Prime Minister to extend his greetings to the Amir of the State of Qatar.

The sides hailed the development of bilateral ties between Azerbaijan and Qatar in various fields. They noted that the Deputy Prime Minister and Minister of Foreign Affairs of the State of Qatar Mohammed bin Abdulrahman Al-Thani’s visit to Azerbaijan create good opportunities for discussion of bilateral relations and regional issues. Underlining the importance of the meeting of the Joint Intergovernmental Commission to be held in Baku, the sides also emphasized the necessity of expanding cooperation in economic and trade spheres, as well as increasing the volume of mutual trade. Great potential for mutual investment, as well as for investment in third countries was also pointed out.

The sides also discussed prospects for tourism cooperation in the post-pandemic period.