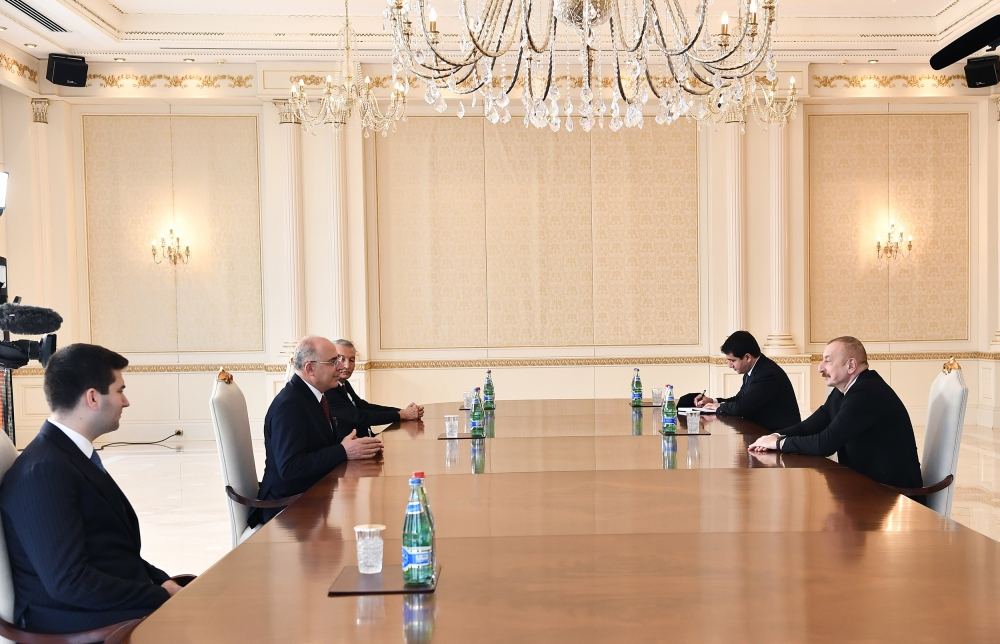 He congratulated President Aliyev on the Victory in the Patriotic war under the leadership of the head of state.
President Ilham Aliyev thanked for the greetings of Devlet Bahceli and asked the deputy chair to convey his greetings to the MHP chair.

The head of state recalled Turkey’s political, moral, and diplomatic support to Azerbaijan during the Patriotic war. Saying that Turkish President Recep Tayyip Erdogan’s statements during the war were a great support to Azerbaijan, President Ilham Aliyev added that the statements of Devlet Bahceli, chairman of the Nationalist Movement Party, an ally of Turkey’s ruling Justice and Development Party, were also of political and moral significance.

Deputy Chair of the Nationalist Movement Party Mevlut Karakaya informed the head of state about the initiative to construct a school of culture and art in the liberated lands of Azerbaijan. He pointed out his meetings with the Azerbaijani Minister of Education and other officials in this regard.

President Ilham Aliyev thanked the MHP Deputy Chair for this initiative, saying that the initiative would be taken into account as part of the restoration and urbanization work on the liberated lands.

Emphasizing that master plans of cities in the liberated territories have been developed, the head of state said that he would give relevant instructions to choose a suitable place for the school building.

The sides exchanged views on prospects for the successful development of brotherly and friendly relations between Azerbaijan and Turkey.