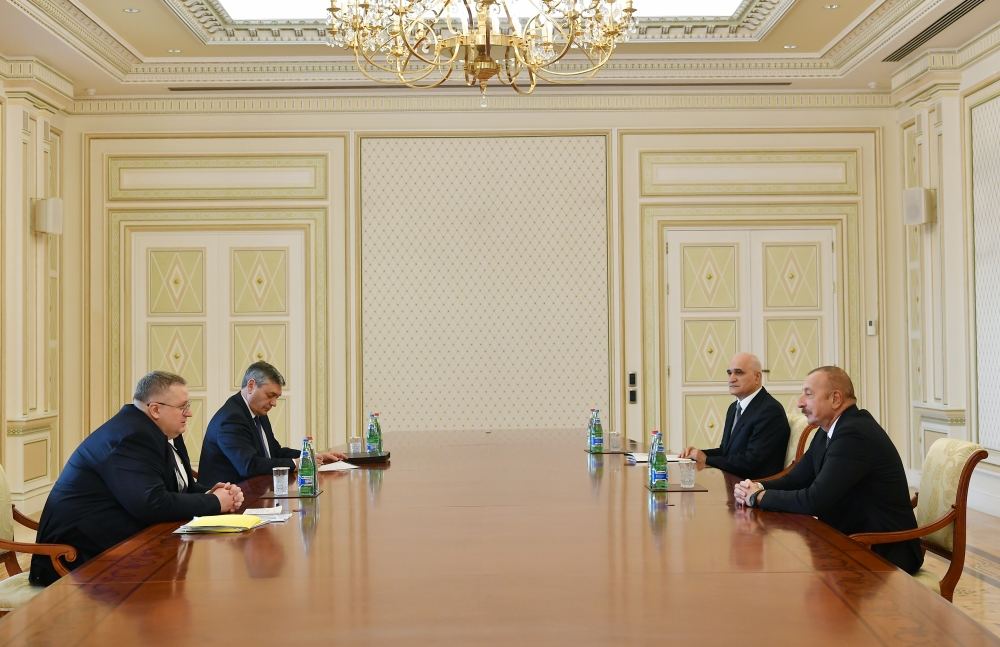 President of the Republic of Azerbaijan Ilham Aliyev has received Deputy Prime Minister of the Russian Federation Alexei Overchuk, according to Azerbaijan in Focus, reporting Trend News.

They hailed the development of bilateral relations, including the economic cooperation between the two countries, noting that trade increased by 7 per cent this year.

Underlining the Russian companies’ great interest in Azerbaijan, the importance of President Ilham Aliyev’s support for this cause was emphasized at the meeting. They noted that at the time of their meeting, negotiations are also underway between the Azerbaijani and Russian business circles.

The sides widely discussed the issues relating to the activity of Russian companies in the liberated territories of Azerbaijan, increase in trade, and mutual investment.

They expressed their confidence that the Azerbaijani-Russian relations would continue to develop successfully in various fields. The sides exchanged views on the activities, as well as future plans of the trilateral commission chaired by the deputy prime ministers of Russia, Azerbaijan and Armenia. President Ilham Aliyev thanked Alexei Overchuk for his efforts in this area.

They also noted that the soonest opening of transport communications between Azerbaijan and Armenia would contribute to stability and economic development in the region.