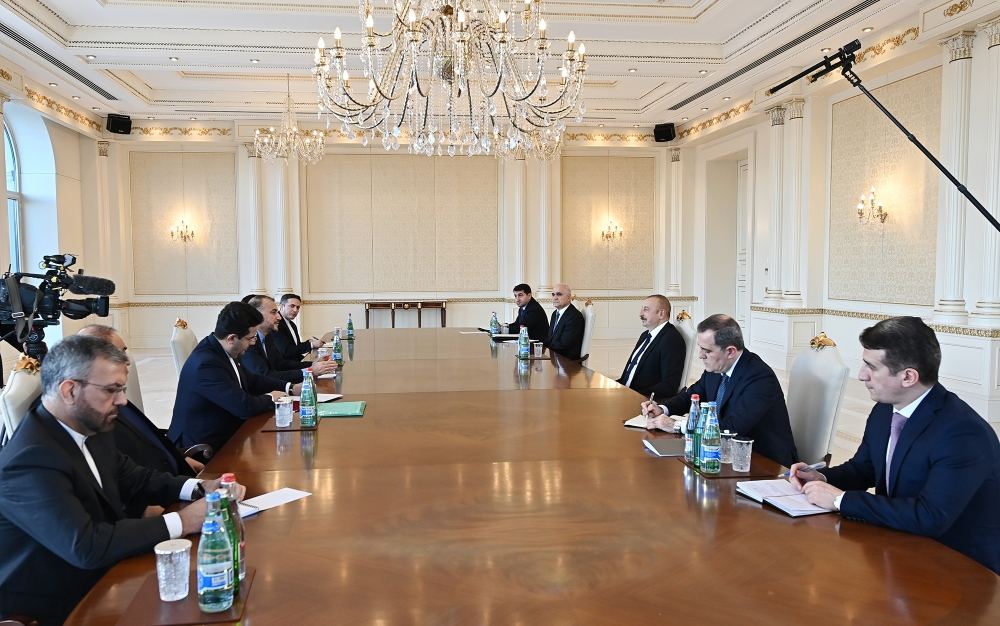 President of the Republic of Azerbaijan Ilham Aliyev received a delegation led by Minister of Foreign Affairs of the Islamic Republic of Iran Hossein Amir Abdollahian, according to Azerbaijan in Focus, reporting Trend News.

President Ilham Aliyev recalled his meeting with President of the Islamic Republic of Iran Seyyed Ebrahim Raisi in Ashgabat, during which many issues related to future cooperation were discussed and Azerbaijan-Iran friendly relations were reaffirmed.

Pointing to the meeting between President Ilham Aliyev and President Seyyed Ebrahim Raisi in Ashgabat, the Iranian Foreign Minister described the meeting as a turning point in relations between the two countries.

The sides underlined the importance of continuing joint efforts to deepen cooperation in political, economic, energy, transport, humanitarian, and other fields.

They pointed out the broad agenda of bilateral cooperation and expressed their hope that good results would be achieved.