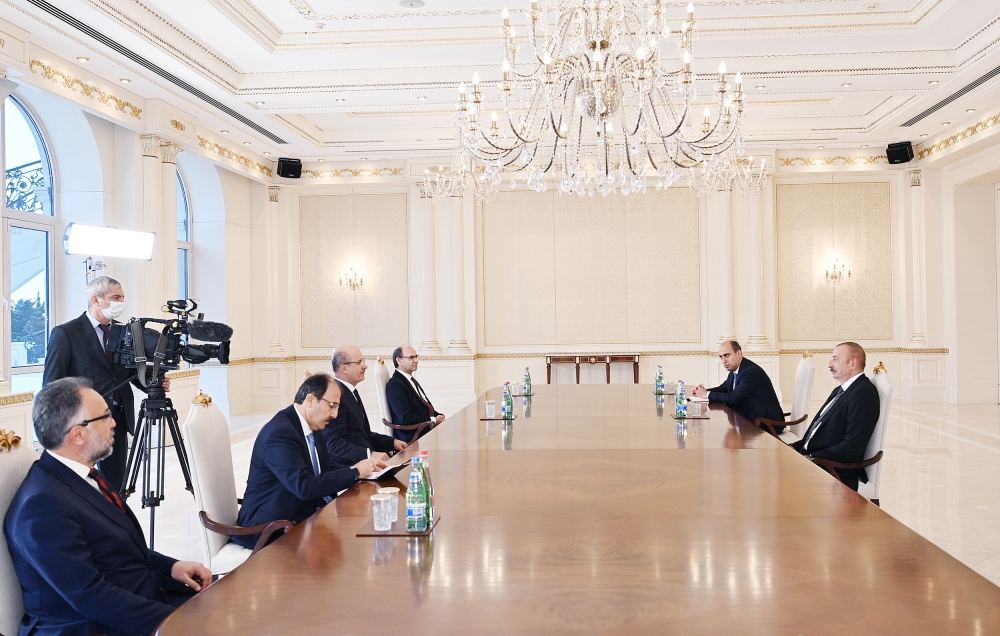 Erol Ozvar expressed his condolences to the head of state over the deaths of the servicemen in a recent helicopter crash. President Ilham Aliyev thanked for the condolences.

The sides hailed the successful development of friendly and brotherly relations between Azerbaijan and Turkey in all areas, underlining the role of educational cooperation in strengthening bilateral ties.

They expressed confidence that Erol Ozvar’s visit would contribute to the expansion of bilateral relations in this field.

The sides exchanged views on prospects for educational cooperation and a number of other issues, including the establishment of a joint Azerbaijani-Turkish university.

The head of state then was presented with a keepsake.