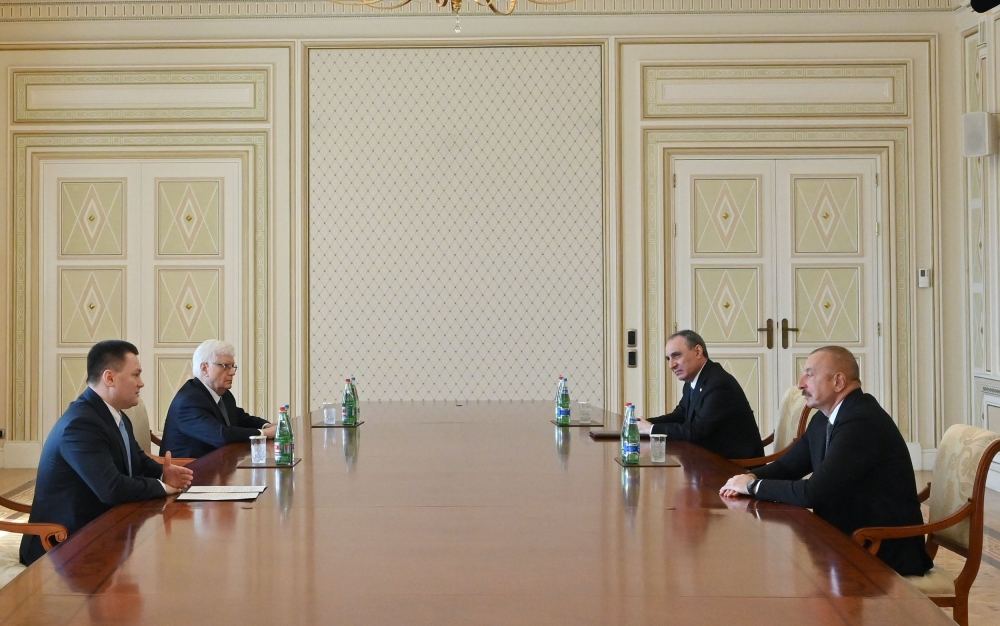 President of the Republic of Azerbaijan Ilham Aliyev has received Prosecutor General of the Russian Federation Igor Krasnov, according to Azerbaijan in Focus, reporting Trend News.

The successful development of bilateral relations in various fields between the Republic of Azerbaijan and the Russian Federation was hailed at the meeting.

It was noted that the mutually beneficial cooperation between the two countries’ prosecutor’s offices not only contributes to the expansion of bilateral relations but also plays a crucial role in the fight against threats, modern challenges, and crime facing the countries.

The sides expressed their confidence that bilateral cooperation between the two countries would continue to expand and discussed prospective issues.