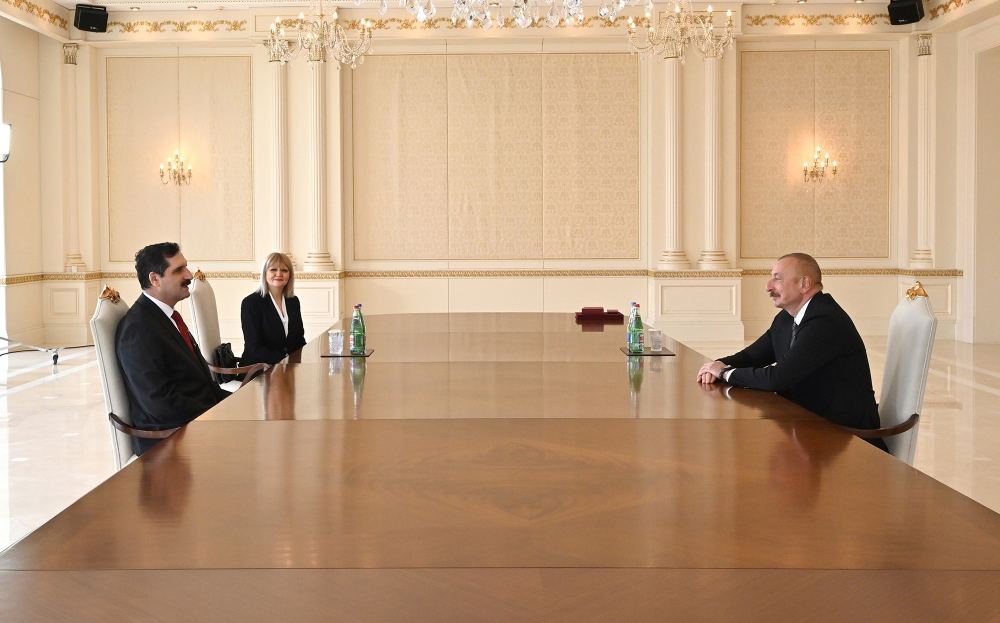 “Dear Mr. Ambassador, your term in office is coming to an end and you are returning to Turkey. First of all, I would like to thank you for your work. During your tenure in Azerbaijan, you have done a lot for the development of Turkish-Azerbaijani fraternal relations, and these relations are at the highest level today. Turkish-Azerbaijani friendship, brotherhood and unity have proved themselves in all spheres.

“Turkey’s support for Azerbaijan in the 44-day second Karabakh war will, of course, always be in our memory and live in our hearts. The support given to us by my dear brother, President Recep Tayyip Erdogan, from the first hours of the war inspired us and stopped certain foreign forces interfering in this war.

“Our relations are multifaceted. As an Ambassador to Azerbaijan, of course, you know how deep these ties are. There is not a single area in which we do not cooperate. In recent years, there has been great development in all areas. The fact that our citizens travel to fraternal countries without passports, that is, with an internal document, explicitly shows how deep our relations are.

“Your activities here are highly appreciated both as an Ambassador and as a Turkish citizen. You felt at home here, which is natural. I want to tell you now that you are returning to your homeland, but you are also in your home country here and always have a place here, a place in our hearts. I know that the Azerbaijani public, public organizations operating in Azerbaijan, media representatives and government officials, including myself, highly value your work. Over these years, of course, I have witnessed and seen your activity during my numerous visits both here and in Turkey. I know that you have made every effort to bring the two fraternal peoples even closer to each other.

“Taking all this into account, you are being awarded the high order of the Azerbaijani state, the Order of Friendship, and I would like to present this high award to you.”

“Thank you very much! Thank you! Mr. President, I would like to thank you very much for considering me worthy of this honor. As you said, I have never separated Azerbaijan and Turkey. Both are my homeland – not my first homeland or second. Both are equally my homeland. Ankara is as dear to me just as Baku. The result of this love is that I feel very happy. Because I have been the Ambassador who came to Azerbaijan and witnessed the best moments among all past and future Turkish ambassadors. It was a great pleasure for me to witness this war. I feel different now.

“I did my duty here to bring Turkey and Azerbaijan closer together. I worked hard to bring our peoples even closer to each other. Presidents, who opened the way for us to do this. We were able to do this thanks to you. During my tenure in Azerbaijan, I have always received support from all institutions and officials at all levels, including you. I would also like to express my special gratitude and appreciation to all of you. I want to express my gratitude to the people of Azerbaijan. I have always felt our brotherhood. I witnessed it everywhere I went. Hopefully, Turkey and Azerbaijan will be even closer from now on. Because, as you said, we are strong together. Thank you very much!” 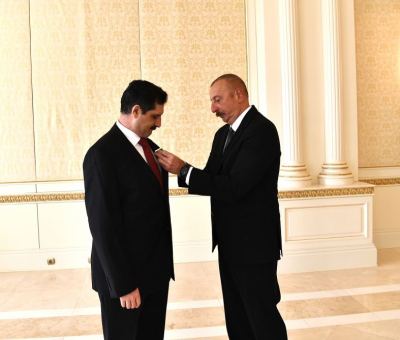