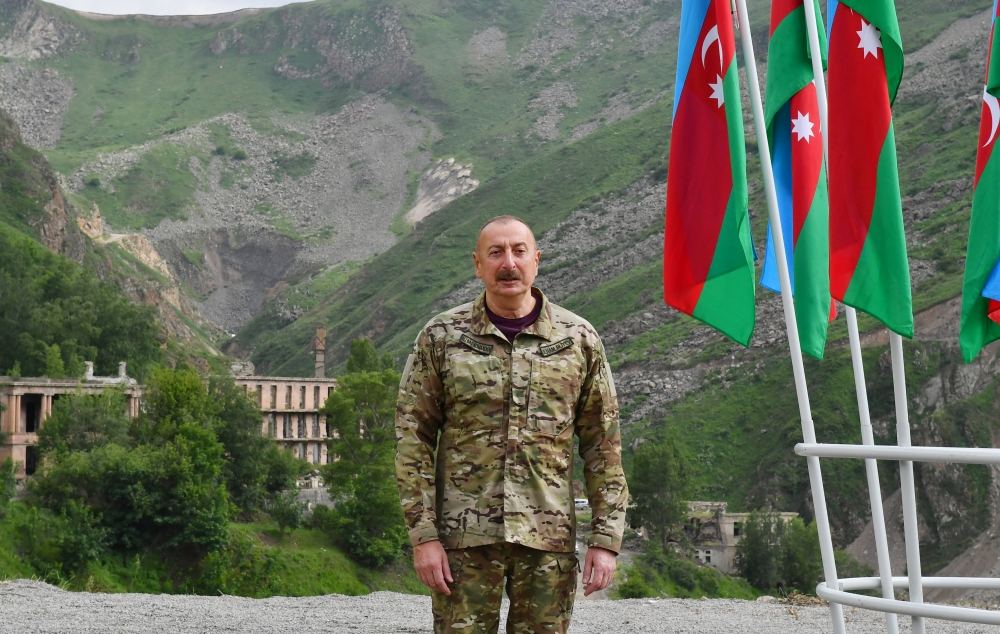 President of the Republic of Azerbaijan Ilham Aliyev has visited Goygol, Kalbajar and Lachin districts, according to Azerbaijan in Focus, reporting

The head of state viewed the construction of two tunnels on the 13th kilometer of the Toghanali-Kalbajar highway in Goygol district, and attended the opening of the newly built Kalbajar-1 Small Hydropower Plant as well as a military unit of the Ministry of Defense in Kalbajar district. President Ilham Aliyev also viewed the construction of the Kalbajar-Lachin highway and the work carried out at the 110 kV Gorchu electrical substation in Lachin district.

The Hakarichay reservoir project in Lachin district was presented to the head of state. President Ilham Aliyev also familiarized himself with the construction of Lachin International Airport.

The master plan of the city of Kalbajar was presented to the head of state.

President Ilham Aliyev then laid the foundation stone for the Kalbajar Occupation and Victory Museums Complex, Kalbajar Digital Management Center, a water production plant in Kalbajar district, and visited the Chirag-1 small hydropower plant which is under construction. The head of state was informed about the power plants being built in five places in the district.

The head of state then addressed the event.