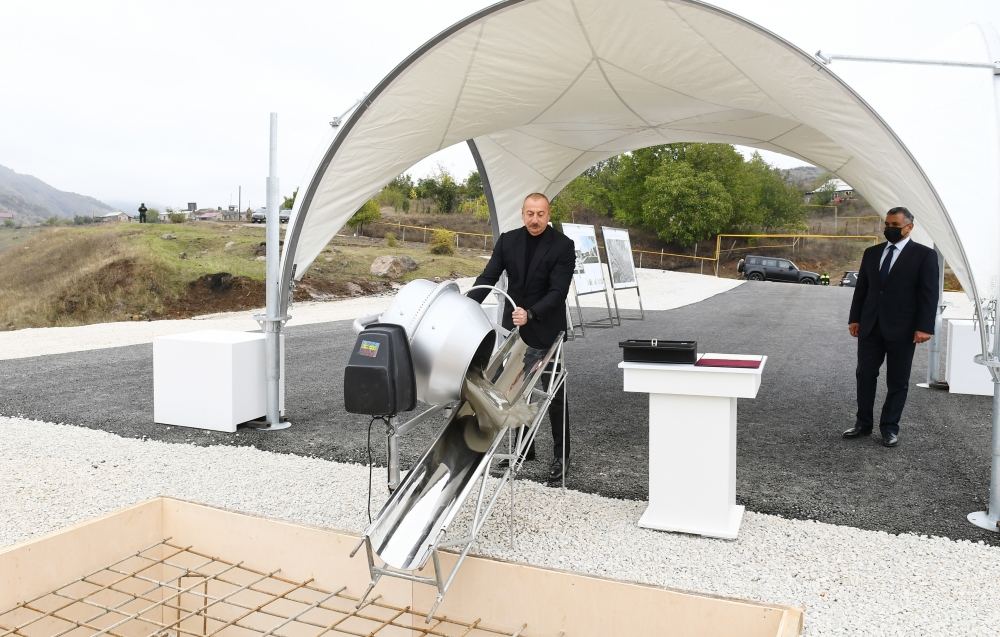 President of the Republic of Azerbaijan Ilham Aliyev has visited Hadrut settlement and Tugh village of Khojavand district.

President Ilham Aliyev then met with members of the general public of Khojavand district, and visited Tugh village together with them.

This article originally appeared in Trend News Agency on 09 Oct 2021.