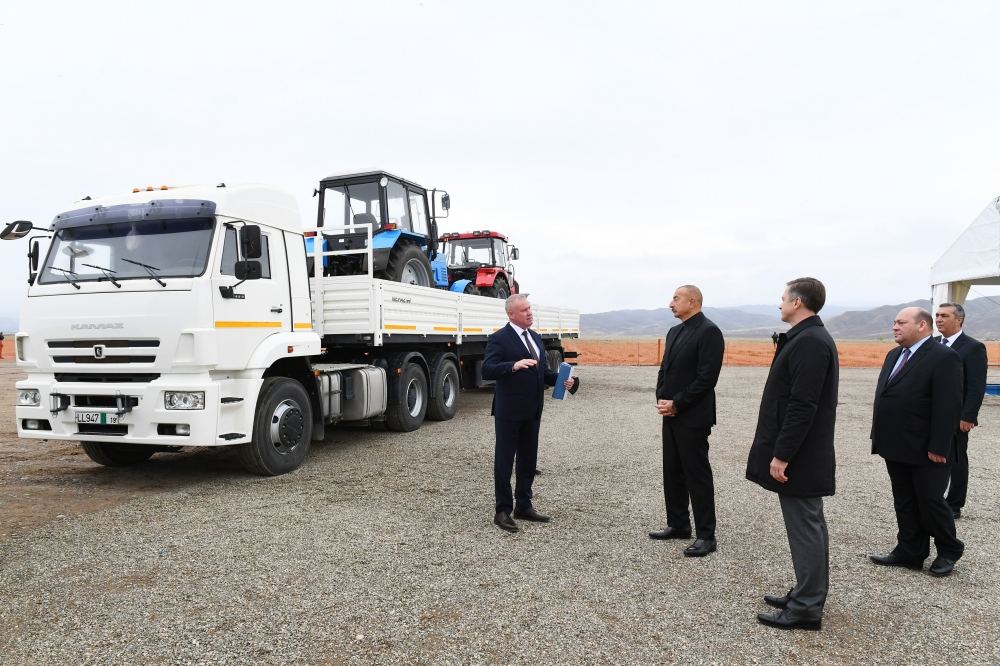 President of the Republic of Azerbaijan Ilham Aliyev has paid a visit to Jabrayil district today, according to Azerbaijan in Focus, reporting Trend News.

The head of state laid a foundation stone for the joint service centre of KAMAZ OJSC and Ganja Automobile Plant Production Association.

President Ilham Aliyev attended the inauguration of a complex of the military unit of the State Border Service in Jabrayil.

The head of state laid the foundation stones for Jabrayil District Central Hospital, a school building, and the first multi-apartment residential building in the city of Jabrayil.

President Ilham Aliyev then met with members of the general public of Jabrayil.

The head of state laid the foundation stones for Jabrayil Memorial Complex and the restoration of the city of Jabrayil.