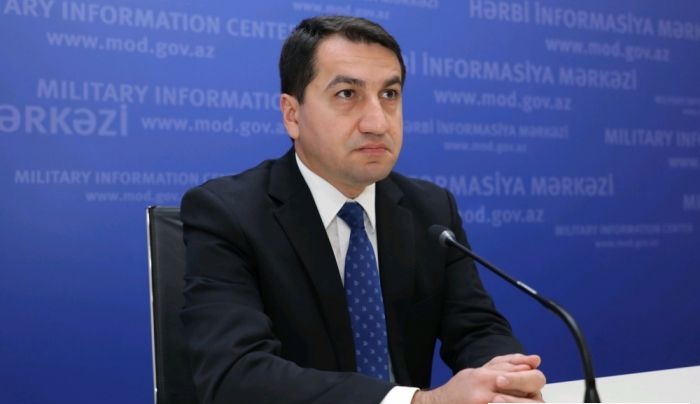 “Armenia has been committing terrorist actions against Azerbaijan at state level”, remarked Hikmet Hajiyev, aide to Azerbaijani President Ilham Aliyev and Head of the Foreign Policy Affairs Department of the Azerbaijani Presidential Administration. The comments were made during a press briefing, according to ‘Azerbaijan in Focus’.

Hajiyev went on to remind listeners that the Armenian Secret Army for the Liberation of Armenia (ASALA) and other Armenian terrorist organisations were known to operate overseas. He explained: “Therefore, the citizens of Azerbaijan living abroad must be vigilant. Terrorist attacks may be committed against our compatriots – the members of the diaspora living in foreign countries. Citizens of Azerbaijan abroad must be careful,” he warned.

On 27 September, Armenian Armed Forces launched a large-scale military attack on positions of the Azerbaijani army near the Armenian–Azerbaijani border, using large-calibre weapons, mortars and artillery. Azerbaijan responded with a counter-offensive along the entire front. Azerbaijani troops have subsequently liberated numerous territories occupied by Armenia for 27 years, together with some important strategic heights. The fighting continued into October 2020, during which Armenia launched Scud missile attacks on the Azerbaijani cities of Barda, Ganja, Mingachevir and Khizi, in addition to the Absheron district.