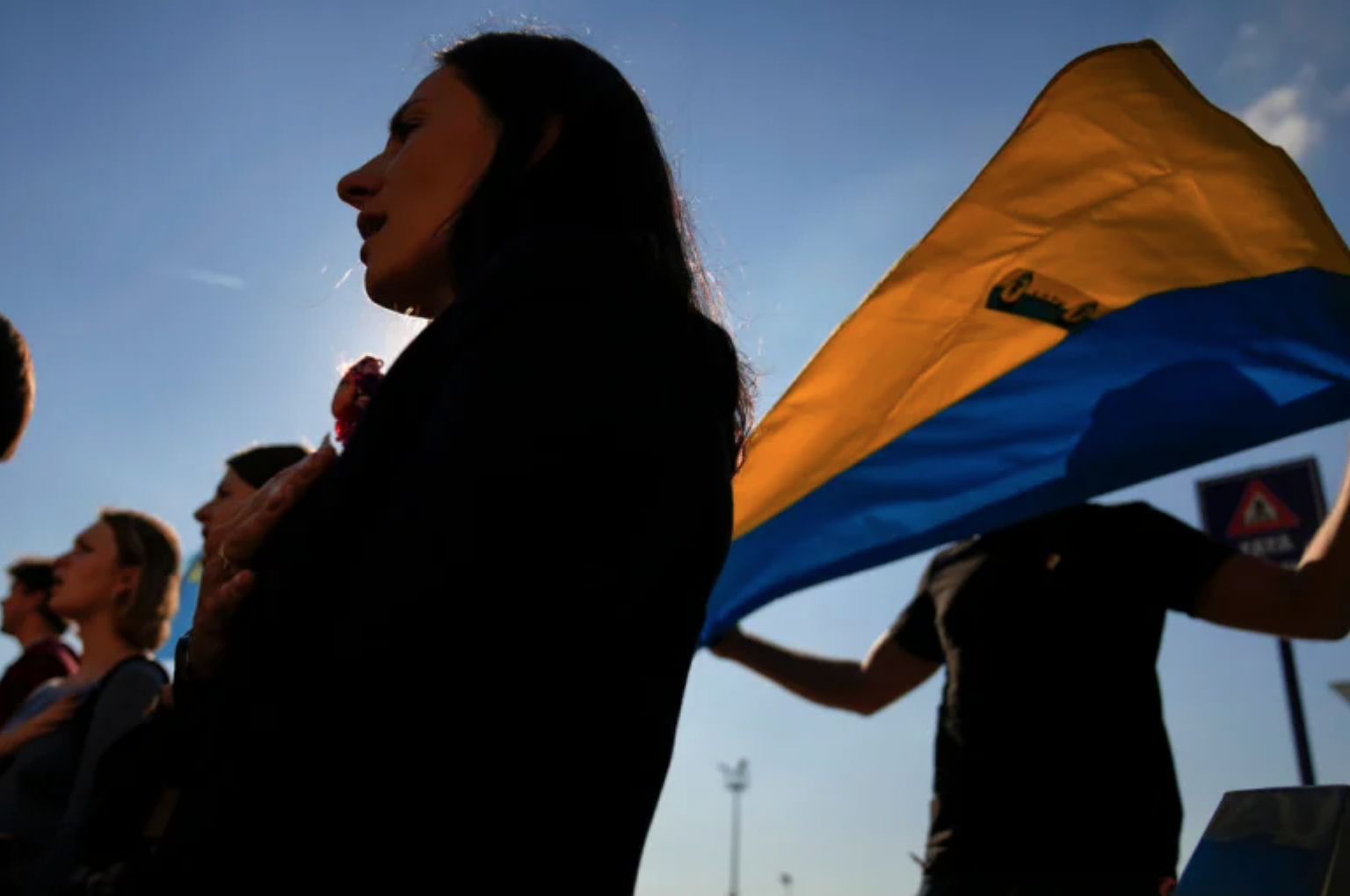 Dozens of pro-Ukrainian demonstrators gathered in Istanbul to mark seven months of the Russian invasion of Ukraine, according to Azerbaijan in Focus, reporting Aljazeera.

Saturday’s protest kicked off with the Ukrainian national anthem. Signs depicting Russian President Vladimir Putin as a war criminal were held by some attendees.

Among the demonstrators were Russian activists who came to Turkey months before the invasion. Russian demonstrators had white-blue-white flags, a symbol of Russian opposition to the war and the Kremlin.

Ilya Antonov, an anti-war activist who has joined protests in Istanbul since the start of the war, said many more Russians were expected to come to Istanbul. Another demonstrator Stanislav Poklonskyi, a 30-year-old Russian activist and teacher, left for Turkey in March to “avoid imprisonment” for his anti-war stance.

He said at the start of the invasion, Russians who abandoned their country were mainly opposition members and activists. Now because of the troop mobilisation decree, everyone is “running for their lives”.

Dozens of flights out of Russia – with tickets sold at sky-high prices – carried men to international destinations such as Turkey, Armenia, Azerbaijan and Serbia, where Russians do not need visas.