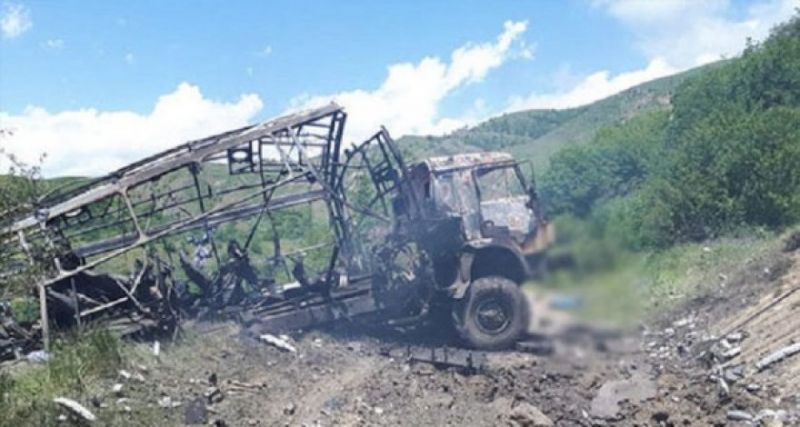 The Prosecutor General’s Office of Azerbaijan has denied allegations that the tank mine, the explosion of which killed journalists in Kalbajar, was installed after the end of the Second Karabakh War.

The statement from the Prosecutor General’s Office made on June 7, said that a number of media outlets and social media publish unsubstantiated allegations that the mine was planted by Armenian saboteurs.

“The preliminary investigation established that the Azerbaijani Armed Forces fully control the territory where the explosion occurred, therefore, the likelihood of Armenian saboteurs entering there and laying mines after the liberation of Kalbajar from the occupation is ruled out,” the message says.

During the inspection of the scene with the participation of experts, it was found that the tank mine was planted at a depth of about 1 meter. Apparently, it was a shell-less charge or a land mine. These could be mines of the type: TM-62P2, TM-62P3, TM-62T or TM-62B. It was established that upon leaving Kalbajar, the Armenian units mined the escape routes, the report said.

It should be reminded that on June 4, near the village of Susuzluk, Kalbajar region (4 km from the border with Armenia), a Kamaz car was blown up by a mine, which killed three and injured four people. Two journalists were among the dead.