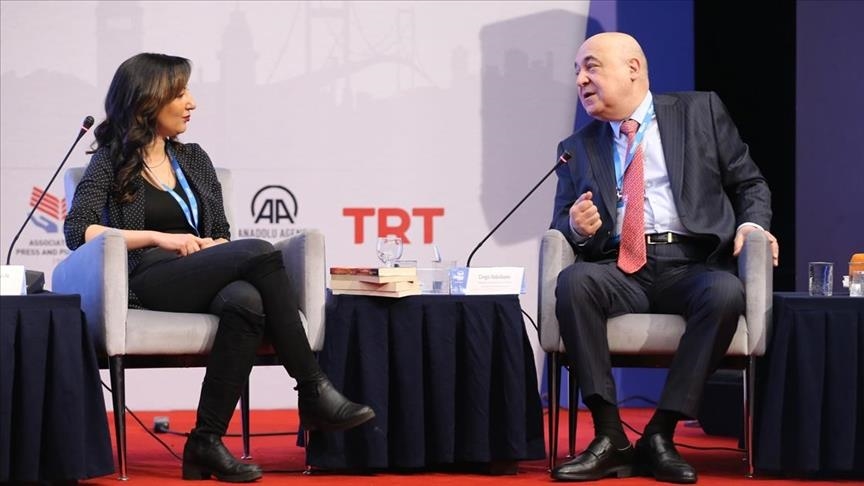 Two sessions titled Azerbaijani Literature and Its Translation into World Languages, and When Reality Meets Fiction: Cingiz Abdullayev were held on the second day.

The first of the sessions was moderated by Selcuk Karakilic, director of Yunus Emre Institute, at Grand Cevahir Hotel in Istanbul.

Prof. Isa Habibbeyli, vice president of the Azerbaijan National Academy of Sciences and a lawmaker, discussed Azerbaijani poet Nizami Gencevi in ​​his speech.

Noting that Gencevi was a great and widely acclaimed poet in world literature, Habibbeyli stated that 2021 was marked as the “Year of Nizami Gencevi” in Azerbaijan.

The program continued with Dr. Mehman Hasanli, an academician, telling the history of the Azerbaijani narrative.

Abdullayev, the writer of over 200 published works, said that he was influenced by his father’s library from an early age and his interest in books started at that age.

Stating that he worked at former KGB Intelligence Service of Azerbaijan Soviet Socialist Republic, he said, “Writing is something that I love. I could not have written them if I had not loved it. However, I wrote more than 200 works because this is my life and I lived them.”

“So while I’m writing, I’m not only writing. I’m living. This is my life,” he continued.

“Because when you enter a church, you see God, the demon, the enemy concretely. You can write detective novels because you see interdependent events, but Muslims harbor their beliefs in the heart. You will not see it concretely. That is why Muslims write more heartfelt things. So maybe they see my novels as a synthesis of Eastern and Western culture,” he added.

“I do not write crime. I write my experiences in connection with politics,” Abdullayev added.

The “Istanbul Publishing Fellowship,” supported by the Ministry of Culture and Tourism and Anadolu Agency, which is a global communication partner, will end on March 11.