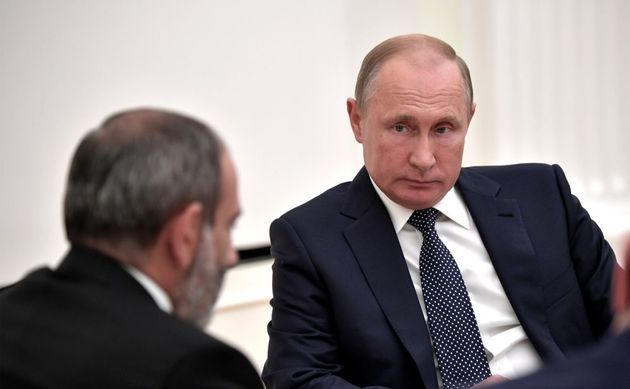 Putin and Pashinyan agreed to speed up normalization processes in Karabakh

Moscow and Yerevan agreed to continue “constructive work within the framework of regular meetings of the leaders of Azerbaijan, Armenia and Russia and the implementation of the agreements of the three leaders of November 9, 2020, January 11 and November 26, 2021 in the interests of ensuring stability, security and economic development of the region”. This is stated in the statement of Russian President Putin and Armenian Prime Minister Pashinyan following their meeting on April 19 in Moscow, according to Azerbaijan in Focus, reporting Turan News.

The parties “emphasized the decisive contribution of the Russian peacekeeping contingent to ensuring security, creating favorable and safe conditions for the life of the population of Nagorno-Karabakh. They stressed the need for the prompt solution of urgent humanitarian tasks and the settlement of the Nagorno-Karabakh settlement by political and diplomatic means. In this context, they stated the importance of using the potential and experience of the OSCE Minsk Group Co-Chairmanship Institute in accordance with its international mandate,” the document also says.

Putin and Pashinyan noted the importance of stepping up the activities of the Trilateral Working Group to unblock all economic ties and transport communications in the South Caucasus, co-chaired by the Deputy Prime Ministers of Azerbaijan, Armenia, and Russia.

“The Russian side is ready to participate in projects for the restoration of the railway infrastructure of Armenia, including the railway in Syunik and other regions of the Republic of Armenia.

The parties agreed, in accordance with the existing tripartite agreements dated November 26, 2021, to accelerate the creation of a bilateral commission on delimitation and security issues in the area of ​​the Armenian-Azerbaijani border with the advisory assistance of the Russian Federation at the request of the parties.

The parties agreed to intensify trilateral cooperation between Armenia, Russia, and Azerbaijan in order to promote the normalization of relations between Azerbaijan and Armenia and in the region as a whole,” the statement says.

Putin and Pashinyan welcomed the process of normalization of Armenian-Turkish relations.

The parties noted the successful launch of the 3+3 Regional Consultative Platform, which is designed to provide additional opportunities for promoting dialogue and diverse cooperation between all countries of the region, the leaders of Russia and Armenia said in a statement.