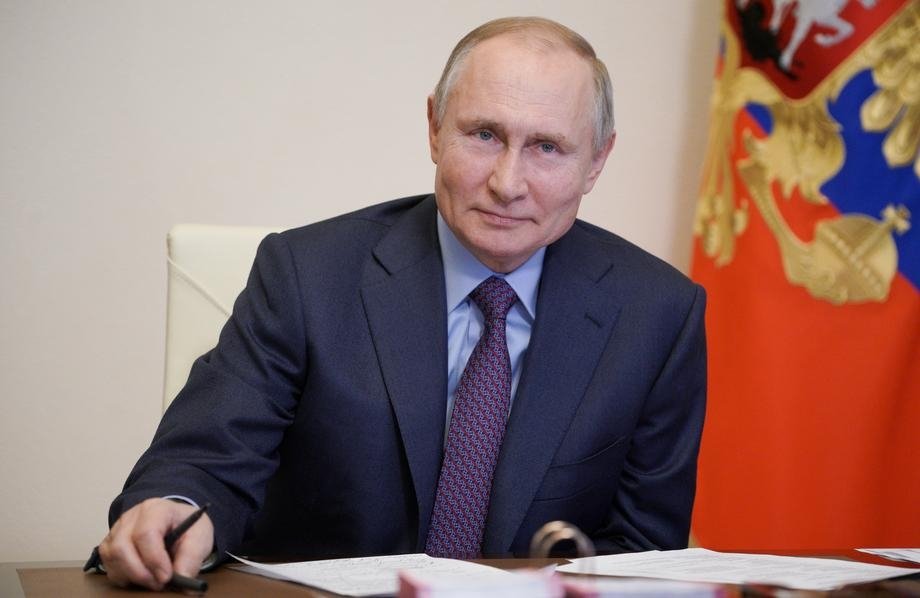 Russian President Vladimir Putin attends a meeting on the vaccination campaign against COVID-19, via video link at the Novo-Ogaryovo state residence outside Moscow, Russia, March 22, 2021. (EPA)

President Vladimir Putin has been immunized against COVID-19 with an unspecified Russian-made vaccine and is feeling well, the Kremlin told Russian news agencies on Tuesday, declining to disclose details or provide photographs.

Dmitry Peskov, Putin’s spokesperson, earlier told reporters that the media would have to take the Kremlin’s word for Putin’s vaccination.

“We are deliberately not saying which shot the president will get, noting that all three Russian vaccines are absolutely reliable and effective,” said Peskov.

The Kremlin told Russian news agencies on Tuesday evening that the president had received the shot. “He has a full working day tomorrow,” the RIA Novosti news agency’s Kremlin pool cited the Kremlin as saying.

Peskov said Putin did not like the idea of being vaccinated on camera.

The most well-known Russian coronavirus vaccine is Sputnik V. Moscow has also given emergency approval to two others, EpiVacCorona and CoviVac.

Putin said on Monday that the decision to get vaccinated was a purely voluntary one for Russians.

He said that 4.3 million Russians had so far gotten two shots of a vaccine, that vaccine production for domestic use was a priority and that output needed to be ramped up.

Russia has a population of around 144 million.

According to Russia’s Rosstat statistics agency, more than 200,000 Russians died of COVID-19 through January, giving it the world’s third-highest death toll behind only the United States and Brazil.

A separate tally, updated daily by the government’s coronavirus task force, uses a much lower figure.

This article originally appeared in DAILY SABAH on 24 March 2021.