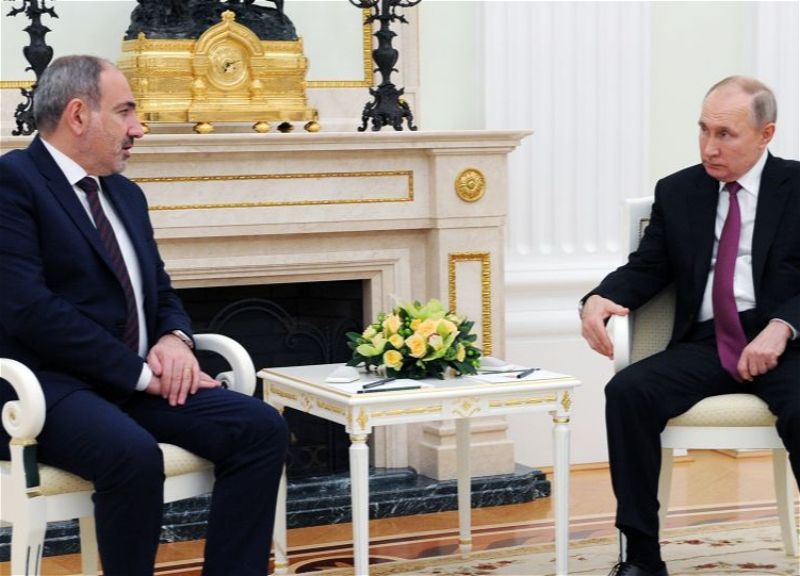 Putin meeting with Pashinyan in Moscow

On April 7, a meeting was held in Moscow between Russian President Vladimir Putin and Armenian Prime Minister Nikol Pashinyan, according to Azerbaijan in Focus, reporting Turan News. Opening the meeting, Putin said that the normalization of the situation in Nagorno-Karabakh remains the most urgent and acute problem.

“Of course, we have something to talk about in terms of building bilateral relations, and of course, the most pressing, most acute problems are the normalization of the situation in Nagorno-Karabakh and around it,” Putin said.

Pashinyan noted the importance of the presence of Russian peacekeepers in Nagorno-Karabakh, which “is becoming an important factor in stability and security in the region”.

He spoke in favor of discussing “the architecture of the security system in Nagorno-Karabakh and in the region as a whole.”  Then he touched on the topic of prisoners of war. “This issue is very important, which has not yet been settled. As we have repeatedly discussed, according to the November 9 (2020) statement, all hostages, prisoners of war, and other detainees must be returned to their homeland. But, unfortunately, we still have detainees in Azerbaijan,” Pashinyan said and added that Yerevan and Moscow have a single position on this issue.