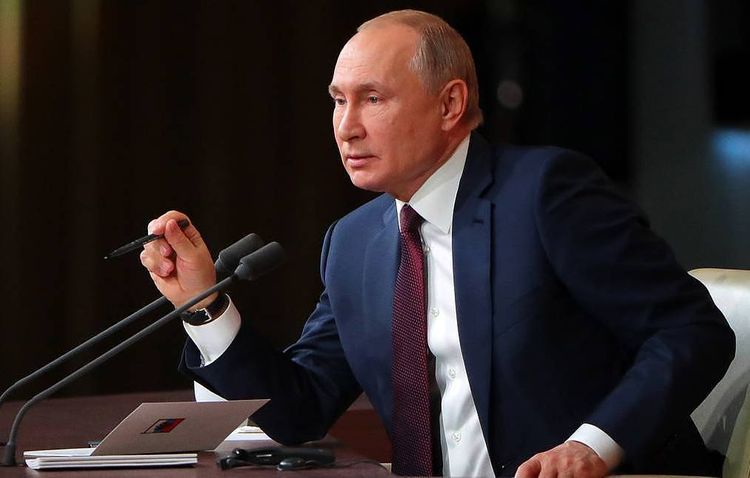 Putin On the Status Of Karabakh

During a large press conference on December 17, Russian President Vladimir Putin answered a question about the conflict over Karabakh, according to Azerbaijan in Focus, reporting Turan News.

At the same time, he repeated that this is the territory of Azerbaijan.

“Legally, this is one thing, but creating conditions for living together is another,” he said. The settlement involves the return of Armenians to Karabakh and the provision of their ground communication with Armenia through the Lachin corridor, he said.

With regard to violations of the ceasefire, there was only one serious violation, Putin noted and expressed the hope that there will be no other violations.

When asked about the possibility of increasing the number of Russian peacekeepers, Putin said that it is possible, but with the consent of Azerbaijan and other participants in the trilateral agreement.

Putin rejected the opinion that the war in Nagorno-Karabakh broke out due to the intervention of external forces (Turkey):

“The situation got out of control, this tension lasted for many years. I do not think it happened due to some kind of outside interference. Frictions, skirmishes and minor skirmishes arose many times. As a result, it escalated to a conflict.”

The President called the preservation of people’s lives the main result of the agreement, the rest is secondary.

According to Putin, international mediators on Karabakh should go from words to deeds and help the local population, not leaving it only to Russia.