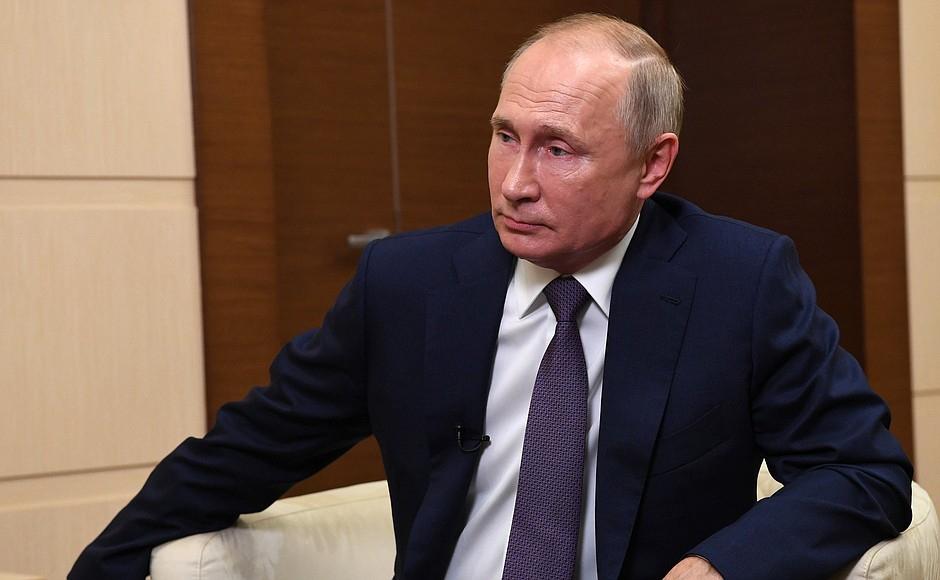 Putin: “Pashinyan insisted on war. That’s why the Armenians have lost Shusha”

“From the point of view of international law, this means that Nagorno-Karabakh and the adjacent territories were and are a part of the Azerbaijani Republic”, stated Russian President Vladimir Putin, according to ‘Azerbaijan in Focus’. The comments were made on Russian TV, when he was asked to justify his decision not to provide direct military assistance to Armenia, despite the fact that it is a member of the Collective Security Treaty Organisation (CSTO). In his response, President Putin noted that there was no aggression against the territory of Armenia, and thus Russia and the CSTO had no right to participate in the conflict.

He continued: “As for the military and technical co-operation with Yerevan, Armenia received all the necessary assistance. Moscow did everything possible to prevent Armenia from feeling abandoned and forgotten.” Putin also stressed that Yerevan had the possibility of concluding a ceasefire agreement back in October. According to him, Azerbaijani President Ilham Aliyev was ready to stop the war. However, Armenian Prime Minister Nikol Pashinyan insisted that the fighting should continue, which led to the capture of Shusha by Azerbaijani troops and opened the road to Stepanakert (Az: Khankendi).