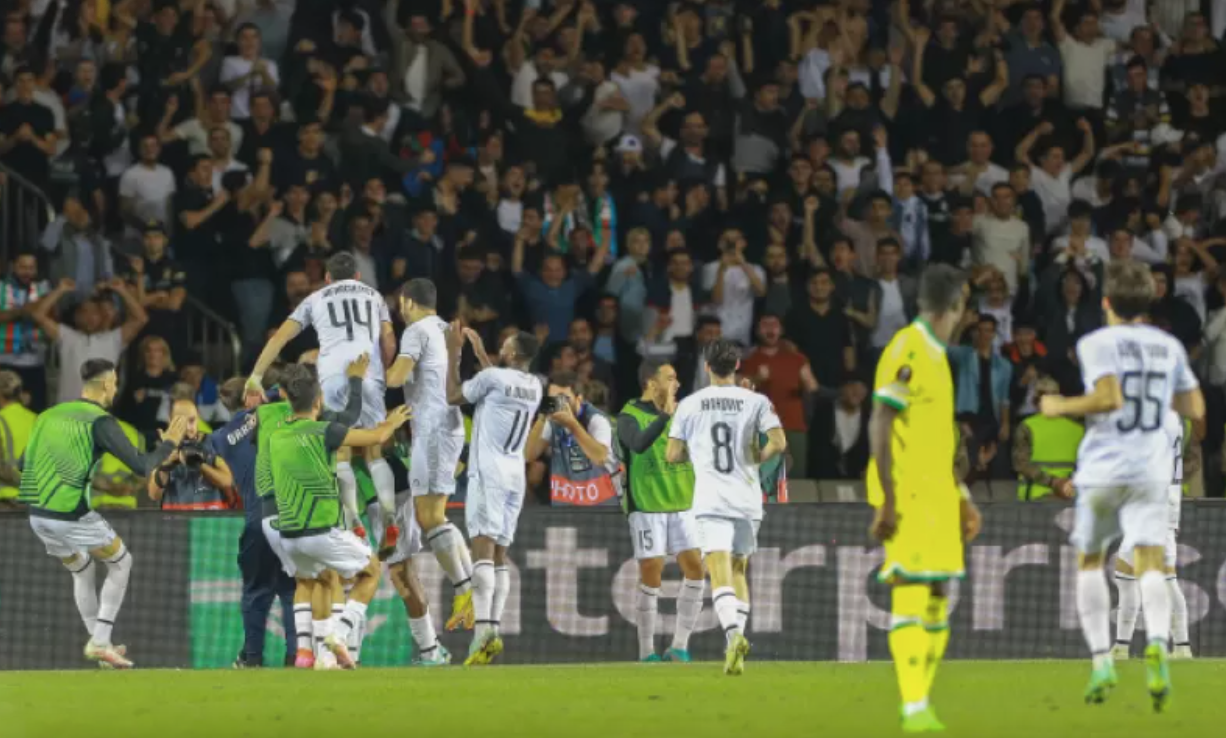 On Thursday evening, Qarabag FC defeated French Nantes with a crushing score of 3: 0 in the second round match of the group stage of the Europa Football League in Baku, according to Azerbaijan in Focus, reporting Turan News.

All three goals were scored in the second half after multi-way combinations of the hosts.

After today’s victory, Qarabag FC scored the first three points and moved up to second place in the group.

In first place is the German team “Freiburg”, which today beat the Greek “Olympiacos” with a score of 3:0 and scored 6 points.

Nantes is in 3rd place with 3 points, Olympiacos closes the standings in the group without points.

It should be noted that at the beginning of the match Qarabag – Nantes spectators at the Republican stadium named after Tofig Bakhramov honored the memory of Azerbaijani martyrs who died in battles on September 12-14 on the border with Armenia with a minute of silence.