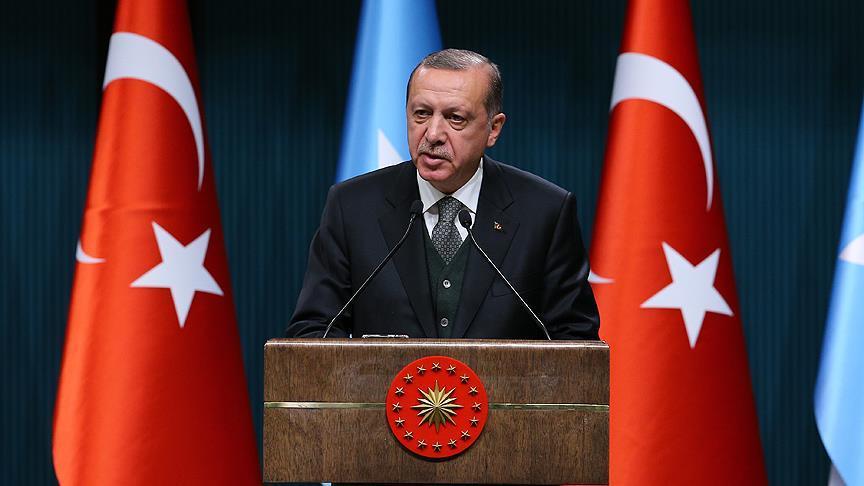 The Turkish president stressed that Turkey, as before, will continue to support Azerbaijan.
“Tomorrow we will share the joy of the Azerbaijani people together,” President Erdogan said.

A complete ceasefire and a cessation of all hostilities in the zone of the Nagorno-Karabakh conflict was introduced on Nov. 10, 2020.